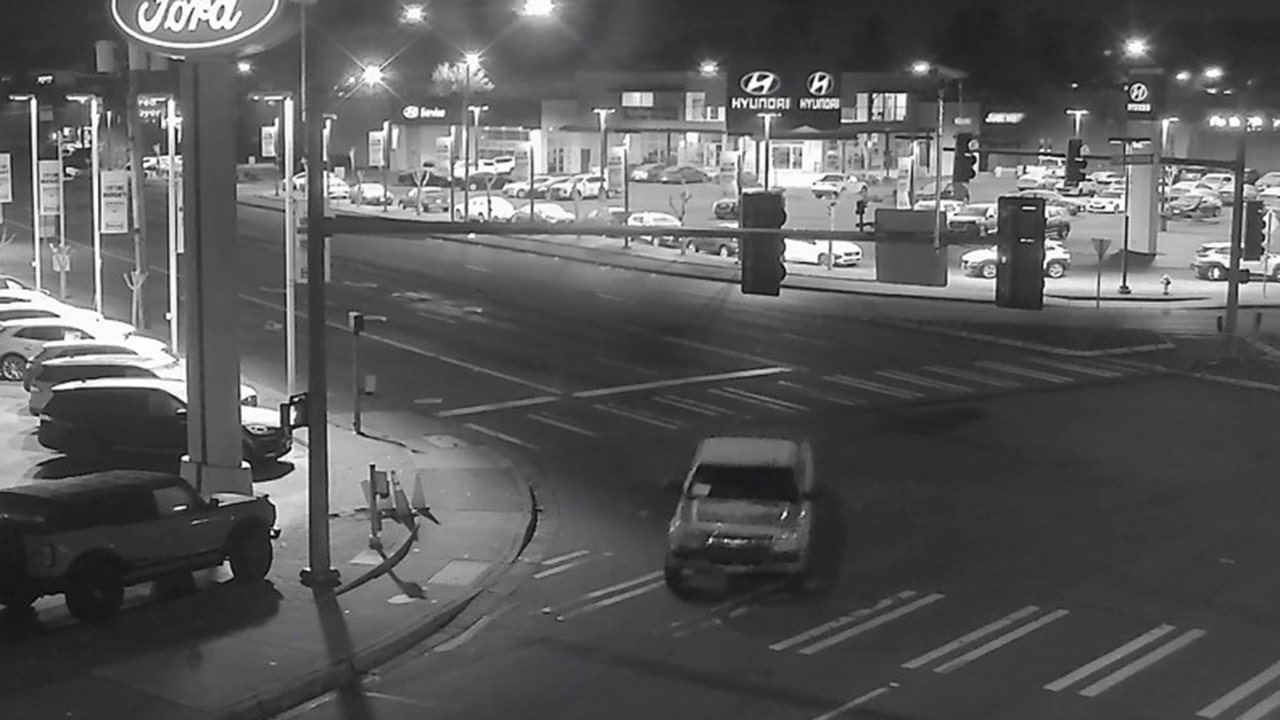 An off-duty police officer in Puyallup, Washington was shot in the abdomen and suffered “very serious” injuries as he tried to stop a burglary in progress while on a morning jog Sunday, Puyallup Police Chief Scott Engle said.

The officer, who works for the nearby Federal Way Police Department, saw two men trying to pull the front door off a Jennings Equipment store around 7 a.m.

Two men were trying to rip the front door off this lawn equipment store when the off-duty officer had some sort of “verbal confrontation” with them.
(Apple Maps)

The men had some sort of “verbal confrontation” with the officer then shot him as they fled the scene.

“He was doing nothing that any other officer wouldn’t have done,” Engle said. “Our officers, whether they’re in their uniforms or not, they’re always on duty and they always do the right thing.”

The two suspects are described as Hispanic men wearing all black with their faces covered.

One of them drove a four-door light-colored Chevy pickup with dark wheels and a tailgate that was either down or missing. The other suspect drove a black pickup.

The Puyallup Police Department is asking anyone who may have seen the suspects or who has surveillance footage from that area to call its tip line at 253-770-3343.