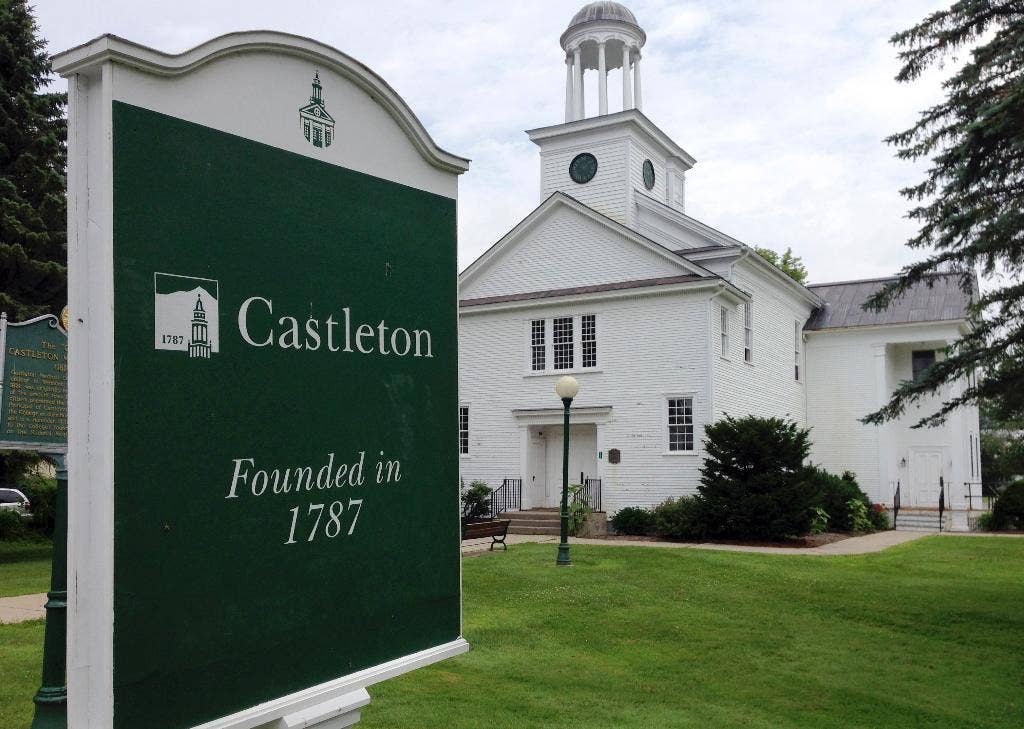 The Vermont State Colleges System has adopted an “anti-racism pledge” that calls for a regular “racial equity audit” of campuses.

A spokesperson confirmed that the college system’s board of trustees voted to adopt the pledge during its Oct. 25 meeting.

The Vermont State House, located in Montpelier, Vermont at dusk. Montpelier is a city in the U.S. state of Vermont that serves as the state capital. Montpelier has the distinction of being the smallest state capital in the United States. Montpelier is situated among foothills just to the east of the Green Mountains

Lynn Dickinson, chair of the Board of Trustees of the Vermont State College System told Fox News that the pledge is voluntary, but that it was adopted after being recommended by the Student Diversity and Inclusion Task Force.

“The Board of Trustees of the Vermont State College System (VSCS) approved a motion to support and adopt the Anti-Racism pledge proposed by the Student Diversity and Inclusion Task Force, as recommended by the Board’s Diversity, Equity, and Inclusion (DEI) Committee,” Dickinson said. “The pledge is voluntary for VSCS Board members, administrators, faculty, staff, and students, and asks our community members to foster safe, diverse, and inclusive campuses for all people who are part of, and interact with, the VSCS.”

One section of the pledge states that university leaders should advocate for providing “dedicated safe spaces, support systems and wellness resources” for “students of color and allies of students of color.”

NEW JERSEY PROFESSOR ON WHITE PEOPLE: ‘I WANT TO SAY … WE GOT TO TAKE THESE MOTHERF—KERS OUT’

The pledge was recommended by the board’s Diversity, Equity, and Inclusivity (DEI) committee.

One of the pledge’s objectives states: “Support the integration of DEI education into all general education courses as well as all programming for all incoming and transfer students, including the First Year Seminar with the purpose of educating students about social justice, with a specific emphasis on anti-racism.”

In this July 9, 2015 photo, members of the Vermont Geographic Alliance walk across campus at Castleton State College in Castleton, Vt., where they are attending a summer institute. The college seeks to change its name to Castleton University to reflect its growth in graduate programs and to attract more out-of-state and foreign students. (AP Photo/Lisa Rathke)
(The Associated Press)

Another section of the pledge states that those who sign it support the implementation of DEI education and “social justice training for all employees.”

Members of the task force said the pledge will help “ensure the inclusiveness and safety of our students and faculty of color on every campus.”

“To protect all community members from social, academic, and systemic harm we must initiate progressive standards and actions that promote respect for all people from all cultural background,” the pledge states.