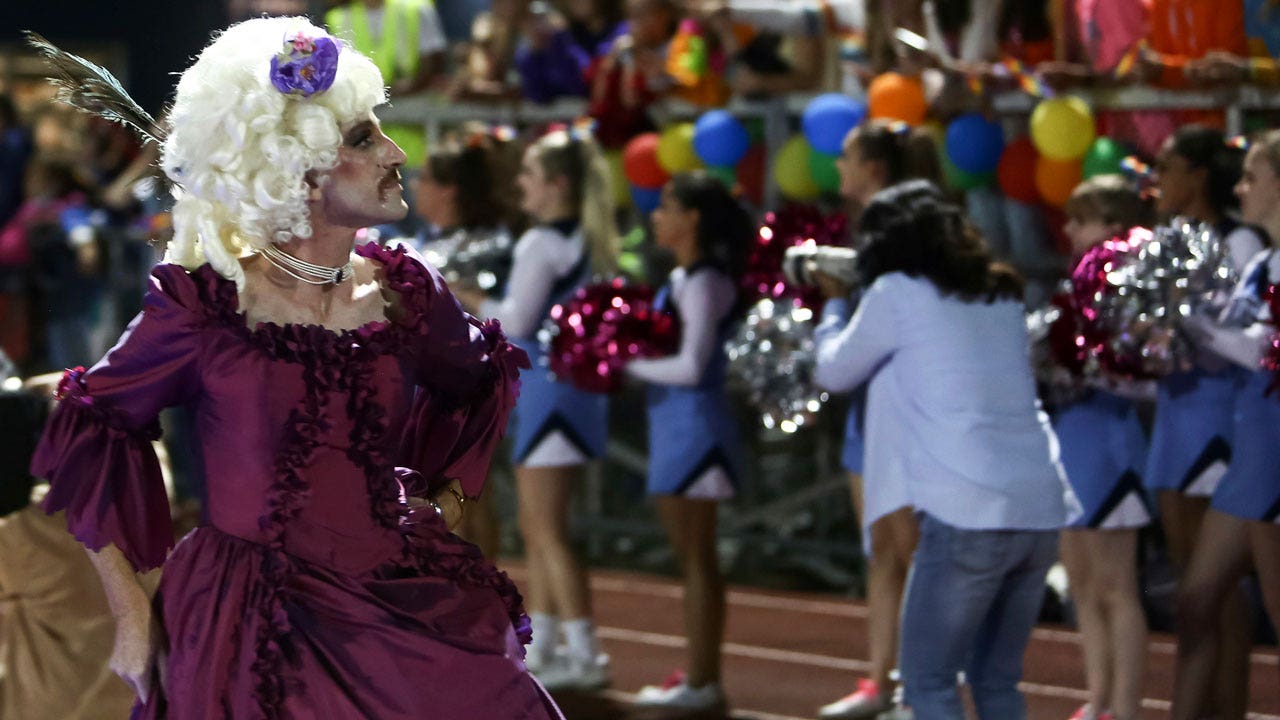 A Vermont high school homecoming football game turned into a “drag ball” runway at halftime, with a mix of students and faculty members parading in gowns, wigs and makeup – and a big crowd in rainbow colors to cheer them on.

As school cheerleaders wrapped up their routine, about 30 students and faculty members dressed as drag queens and kings – or a bit of both – walked out onto the field and the crowd started to chant, “Drag Ball!”

WYOMING HIGH SCHOOL STUDENT ON BEING ARRESTED OVER REFUSAL TO WEAR MASK: ‘NEVER THOUGHT I’D BE TAKEN TO JAIL

Andrew LeValley, an English teacher and alliance adviser at the school, came up with the idea. “We had some people that are pretty involved in theater come in and talk about how you put on a persona,” he said.

LeValley joined students on the runway, dressed in a Shakespearean burgundy gown and a wig. He said he was inspired by Lady Macbeth and Marie Antoinette.

“I was just really hoping to give our students – who are both out and the students that were in the stands who are not out – a moment to shine and feel loved, and know that there is a place for them in public schools,” LeValley said.

Athletic director Quaron Pinckney suggested that the show be held at homecoming.

Pinckney, who is Black, said the school gave him the space to “uplift my voice” and he was able to reciprocate and “uplift the voices of another marginalized group and share a space in the athletics realm that doesn’t normally get shared.”

Lauren McBride, principal of Burlington High School, said she heard a dad talking to his two sons at the game who didn’t know that the drag ball was going to be the halftime show.

She heard him explaining to them what dressing in drag means, “and it was like, ‘This is really cool,'” she said.