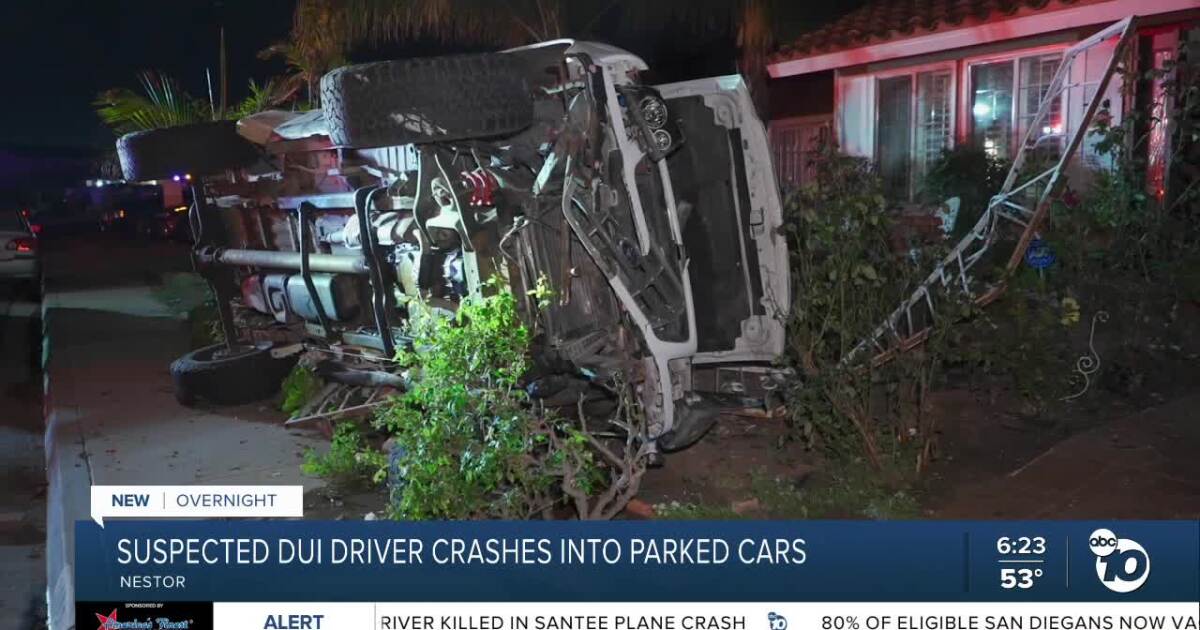 SAN DIEGO (KGTV) – It was chaos in San Diego’s Nestor neighborhood late Thursday night after a driver crashed his pickup truck into several parked vehicles and overturned in front of a home.

At around 11:30 p.m., a truck struck multiple parked vehicles in the 3000 block of Wardlow Avenue before it flipped and destroyed a fence and plants in a home’s front yard.

The driver was able to crawl out of the wreckage and suffered minor injuries, but he was not taken to the hospital.

San Diego Police told ABC 10News that the driver was going to be evaluated for possible DUI.

No other injuries were reported.