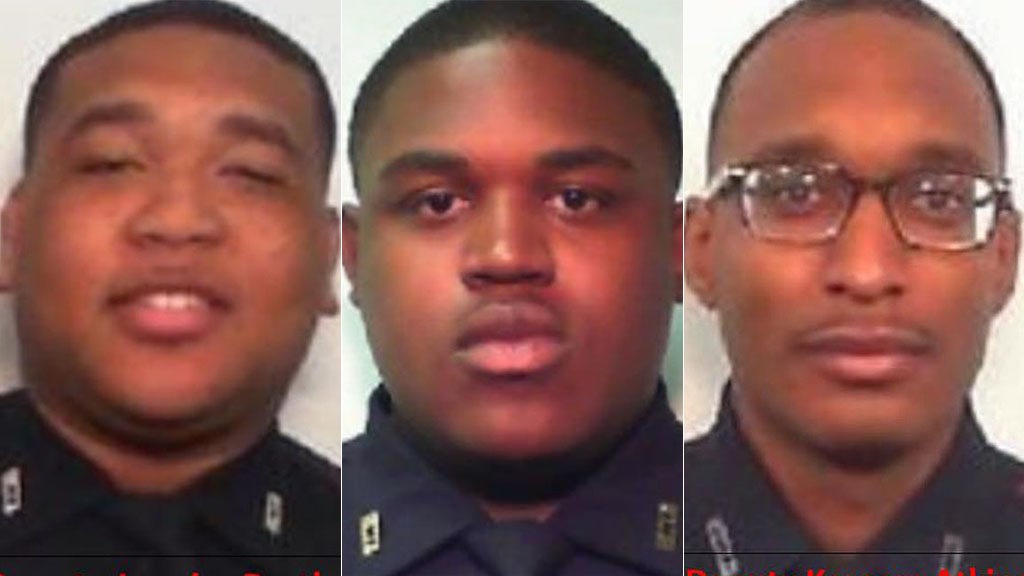 Three Harris County, Texas, deputies who were shot in an “ambush attack” early Saturday morning that left one of them dead, have been identified.

HOUSTON DEPUTY KILLED, 2 OTHERS INJURED IN AMBUSH ATTACK: ‘SHOT FROM BEHIND’

According to Herman, 30-year-old Deputy Kareem Atkins, who had been employed at Precinct 4 since January of 2019, died from his gunshot injuries. “Deputy Atkins recently returned back to work after paternity leave and leaves a wife and 6-month-old baby,” Herman wrote in the update.

The other deputies shot were 28-year-old Darryl Garrett and 26-year-old Juqaim Barthen. Herman noted that Garrett “was shot in the back and underwent surgery and is in the ICU at Hermann hospital downtown.”

“Deputies Atkins, Garrett and Barthen are true law enforcement heroes that were cowardly ambushed while serving and protecting their community,” Herman said of the incident.