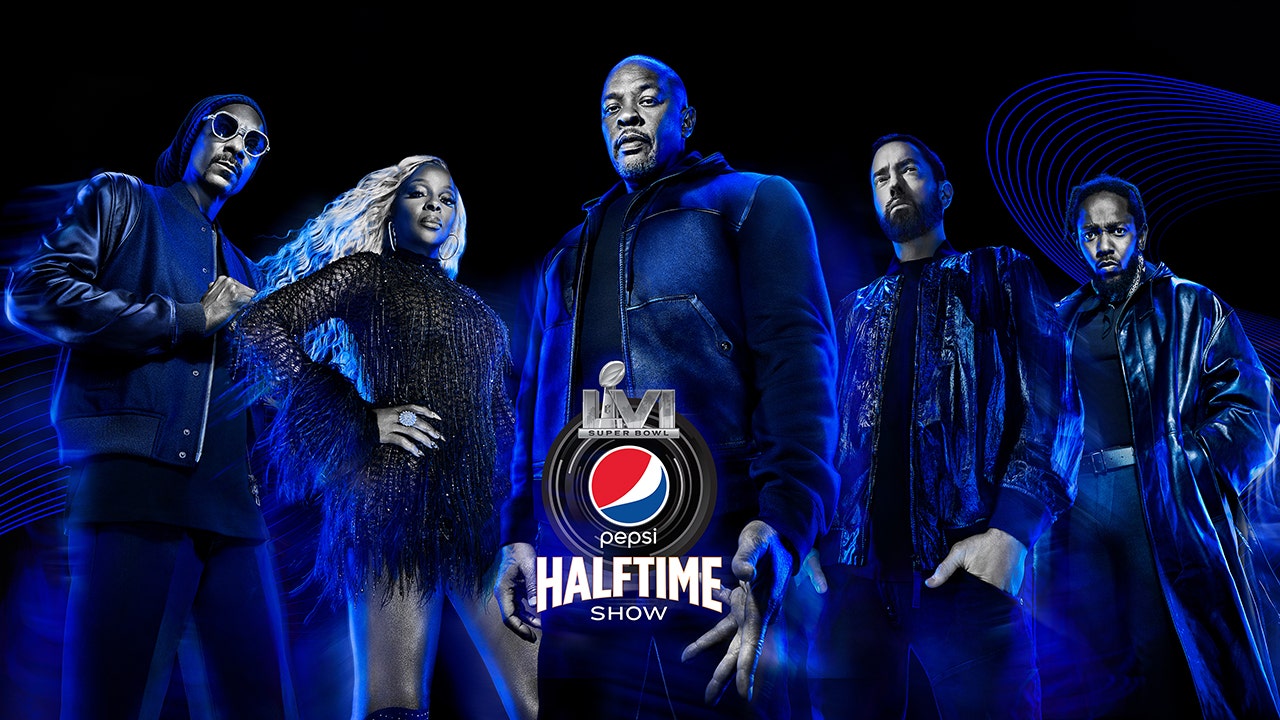 The Super Bowl LVI halftime show performers have been revealed.

Dr. Dre, Snoop Dogg, Eminem, Mary J. Blige and Kendrick Lamar are all set to perform for the first time together as they take the stage at SoFi Stadium in Inglewood, California for the 2022 Pepsi Super Bowl Halftime Show.

TAYLOR SWIFT BUMPS UP RE-RELEASE OF ALBUM ‘RED,’ FANS REACT: ‘THIS IS NOT A DRILL’

“Artists like Dr. Dre and Snoop Dogg were at the forefront of the West Coast hip hop revolution, so to be able to bring them back to LA, where it all began alongside Eminem, Mary J. Blige and Kendrick Lamar will prove to be an epic, unforgettable celebration of the impact hip hop has today,” Todd Kaplan, VP of Marketing, Pepsi said in a statement.

“The Pepsi Super Bowl Halftime Show has become a landmark cultural moment, bringing about some of the most iconic performances over the years – from JLo and Shakira to Lady Gaga to The Weeknd – and we are thrilled to bring together such an incredible array of talented, record-breaking musicians to put on a performance for the ages.”