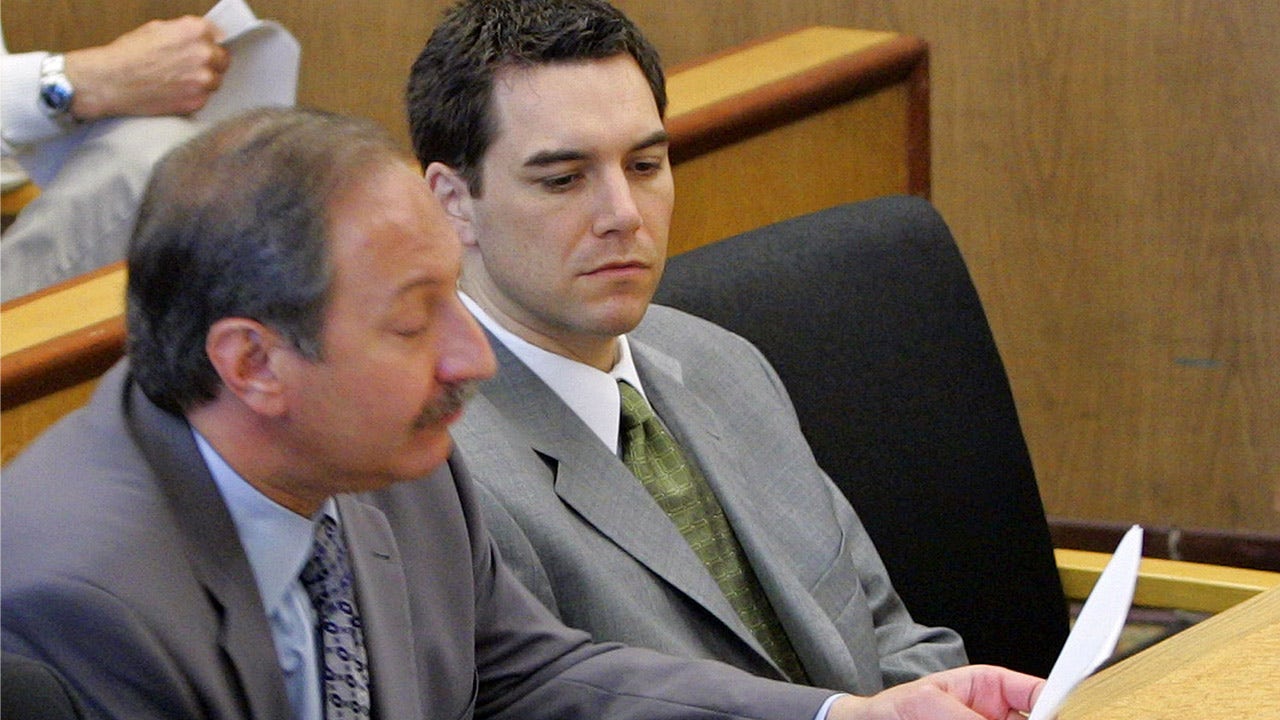 Scott Peterson will remain behind bars.

Peterson, who murdered his pregnant wife and unborn son in 2002, was denied bail ahead of a December hearing where he will be re-sentenced to life without the possibility of parole, a judge ruled Wednesday.

He’s spent the last 15 years on San Quentin’s death row. But the California Supreme Court tossed out his sentence last year, and prosecutors have decided they no longer want to seek his execution.

Peterson is expected to be transferred to the San Mateo County courthouse on Dec. 8 for re-sentencing.

Scott Peterson sits in the courtroom at the San Mateo Superior Courthouse with his attorney Mark Geragos in 2004. Peterson was found guilty of first degree murder of his wife and second degree murder of their unborn son.
(Fred Larson-Pool/Getty Images)

Family members of Laci Peterson, who was eight months pregnant at the time of her death, plan to appear or provide statements to the court at the re-sentencing hearing, Stanislaus County District Attorney Birgit Fladager said on Wednesday. Peterson’s attorneys said they also expect supporters to appear for their client, too.

During the nearly hour-long hearing on Wednesday, Peterson’s attorneys and prosecutors also argued over whether lawyers with Habeas Corpus Resource Center could stay on as his counsel for Peterson’s new trial.

The California Supreme Court overturned Peterson’s death sentence last year after it found jurors who personally disagreed with the death penalty but were willing to impose it were dismissed improperly.  The high court last year also ordered Superior Court Judge Anne-Christine Massullo to decide if Peterson should get a new trial to determine if juror misconduct occurred during Peterson’s 2004 trial.

This undated photo shows Laci Peterson, who has not been seen since December 24, 2002.
(Getty Images )

Prosecutors on Wednesday said since Peterson is no longer facing death, his appellate attorneys should no longer be able to represent him because, by law, they only handle death penalty cases.

Peterson is expected to get re-sentenced in December.California Department of Corrections and Rehabilitation via AP, File

“So now we have them saying even in cases where we don’t have jurisdiction, because we want to stay, the court should not inquire whether we should stay on these cases or not,” said Stanislaus County Assistant District Attorney David Harris. “And I think that’s more of a bad precedent than the court looking at this in the first place to determine what the court gets to do and what their jurisdiction is. …They are capital habeas litigators, but they want to stay on a non-capital case.”

Michael J. Hersek, executive director of the Habeas Corpus Resource Center, which has represented Peterson in his appeal, said the lower court judge does not have the jurisdiction to determine if Peterson’s attorneys should be vacated from the case.

“In our mind, withdrawing from the case after a partial victory, does two things,” Hersek said. “Number one, it would abandon Mr. Peterson in this case, which would not be fair to him. Number two, it would send a terrible message in all of our other cases because we spend years developing relationships with our clients … relationships of trust that require them to provide us a great deal of information about not only their social history and their life issues, but also the facts of the underlying offense. Not only would we lose the trust and confidence of all of our clients because they will see us as a penalty phase only shop, because once we get partial victory, they’re out of luck. And we can’t have that. That’s an institutional concern from our point of view.”

The judge ordered Peterson’s attorneys to speak to their client to determine if he would agree to sign a “waiver of irregularities” that could allow them to stay on as his counsel. Both sides will come back on November 10 to discuss the waiver issue.