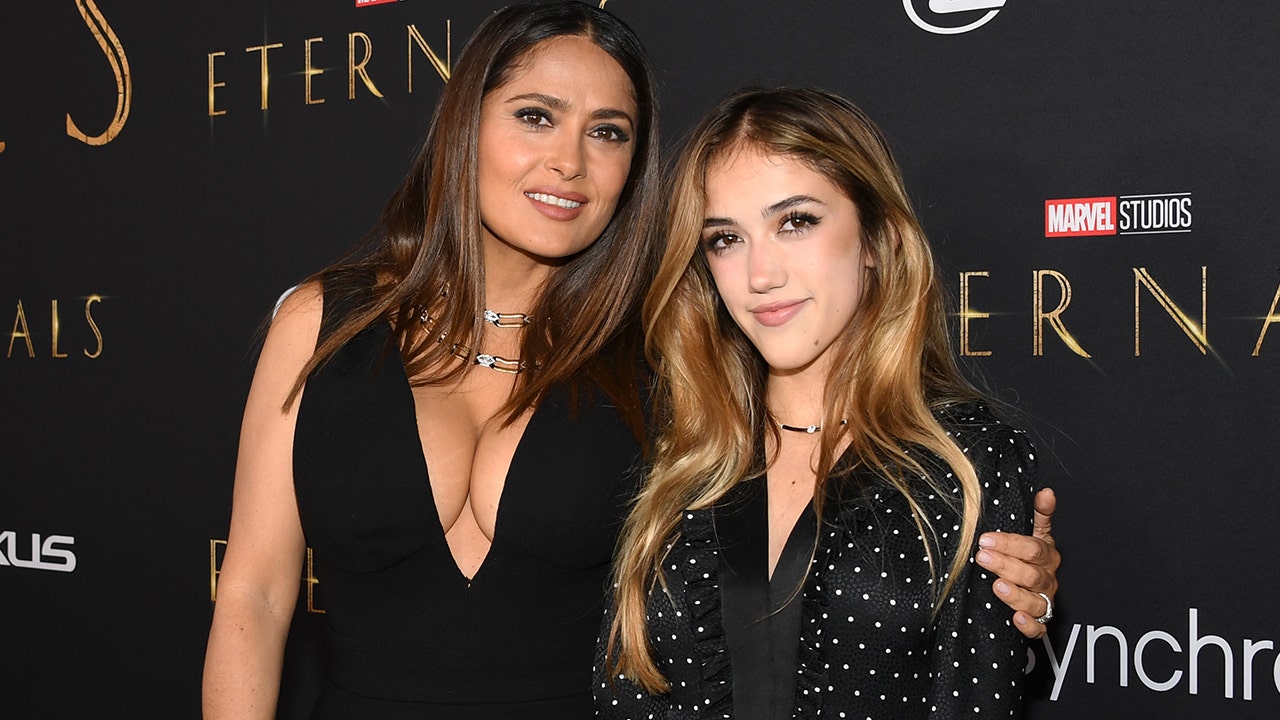 Salma Hayek hit the red carpet with a very special plus one.

On Monday, the actress attended the Los Angeles premiere of “Eternals” alongside her 14-year-old daughter Valentina.

For the outing, the 55-year-old rocked a black Gucci dress with a golden thigh-high slit and a plunging neckline that showcased her famous curves. As for Valentina, she wore a mini ruffled black and white polka dot dress by Saint Laurent with black tights and booties.

The looks are from luxury group Kering, which is owned by Hayek’s husband, French businessman François-Henri Pinault.

(L-R) Salma Hayek and Valentina Paloma Pinault arrive for the World Premiere of Marvel Studios’ Eternals at the El Capitan Theatre in Hollywood on October 18, 2021.
(Photo by Jon Kopaloff/Getty Images for Lexus)

Hayek stars as Ajak, a superhero who was originally written as a man in the comic book the film is based on.

“For me, it’s a shocker in many ways. Just to know that in your 50’s you’re going to be a hero, an action hero, in the Marvel family,” Hayek told Entertainment Tonight. “And then on top of it, it used to be a man that they just turned into a woman. I mean if somebody told me this five years ago, I would’ve laughed… so hard. And here we are! Anything is possible.”

Valentina, who hasn’t made a red carpet appearance with her mom since she was a small child, called the star “cool” for taking on the role.

Paloma Valentina thinks her famous mom Salma Hayek is ‘cool’ for taking on the superhero role.
(Photo by Jesse Grant/Getty Images for Disney)

Hayek and Pinault, 59, tied the knot in 2009. They welcomed Valentina Paloma two years prior in 2007. Hayek is also a stepmom to Augustin “Augie” James, Pinault’s son with supermodel Linda Evangelista, as well as to Mathilde and François, his children with ex-wife Dorothée Lepère.