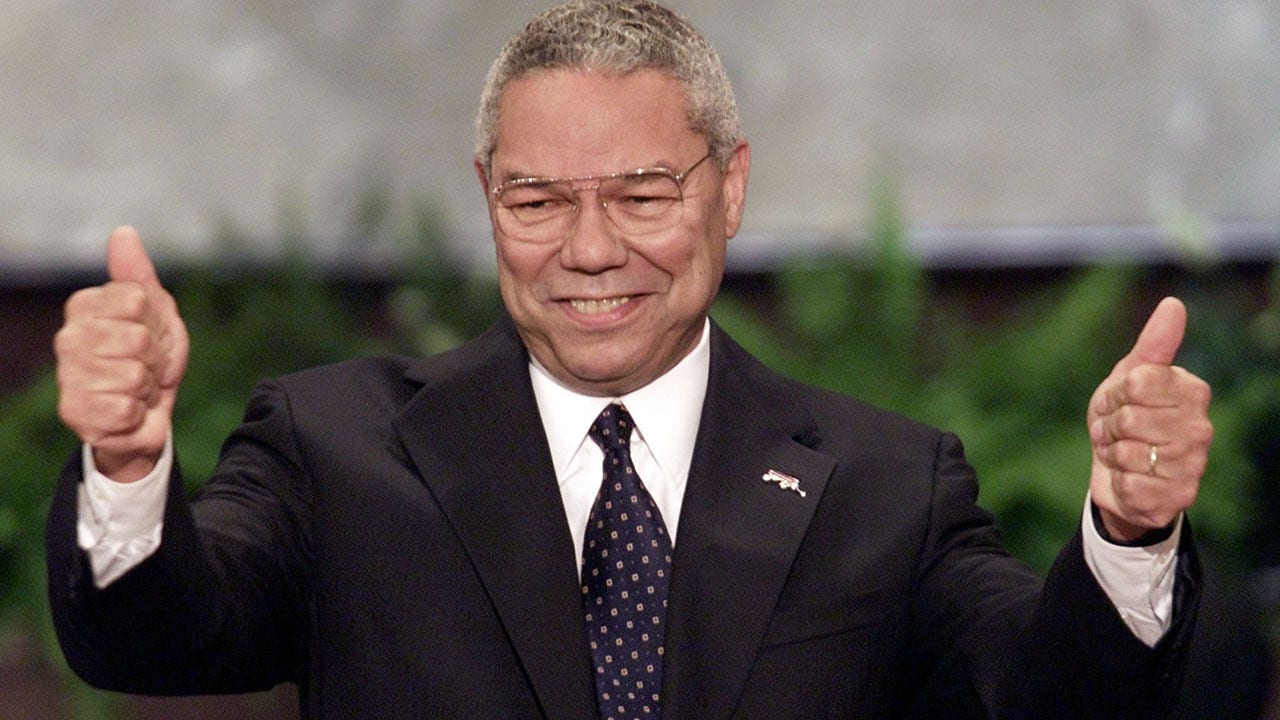 Powell, who served top roles as national security adviser, chairman of the Joint Chief of Staff, and secretary of state for presidents, died Monday at 84 from complications related to COVID-19, his family announced.

“He was a great public servant, starting with his time as a soldier during Vietnam. Many Presidents relied on General Powell’s counsel and experience. He was National Security Adviser under President Reagan, Chairman of the Joint Chiefs of Staff under my father and President Clinton, and Secretary of State during my Administration,” the former president said in a statement on Monday morning.

U.S. President-elect Bush (L) listens as retired General Colin Powell speaks to supporters and the press after Bush annouced Powell would serve as his Secretary of State in the his administration during a ceremony in Crawford, Texas, December 16, 2000. Powell served as Chairman of the Joints Chiefs of Staff under former President Bush’s administration.
(Reuters)

Bush noted that Powell “was such a favorite of Presidents that he earned the Presidential Medal of Freedom – twice. He was highly respected at home and abroad.  And most important, Colin was a family man and a friend.”

SLIDESHOW: COLIN POWELL THROUGH THE YEARS

The former president added that he and former first lady Laura Bush “send Alma and their children our sincere condolences as they remember the life of a great man.”

Ari Fleischer, who served as Bush’s first White House press secretary, remembered Powell for having “such an uplifting approach to his job and life. Always laughing, always happy – he had a hard job, but he always carried it out with a can-do, upbeat approach.”

“He treated everyone he met with respect and kindness. I will miss him,” Fleischer added.