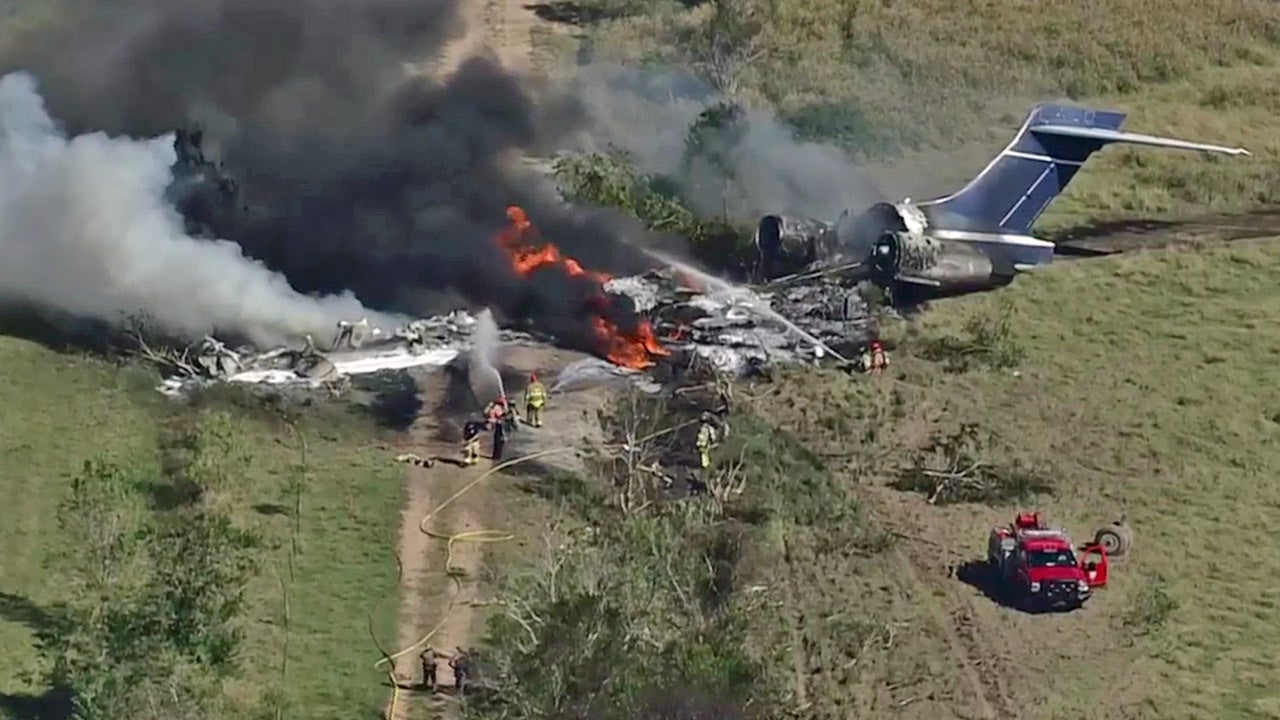 A private jet that ran off a runway and crashed through a fence before bursting into flames at a Texas airport had not been flown since December and investigators are looking into maintenance performed on the plane, federal authorities said Thursday.

“There was a heavy braking event, which appears to be an aborted takeoff, so we do know that the brakes were effectively working before the aircraft exited the runway,” Graham said at a briefing.

Graham did not speculate about why the pilots applied the brakes or why they were unable to stop the McDonnell Douglas MD-87. He said investigators are interviewing the two pilots and the aircraft’s mechanic.

PLANE CRASHES IN TEXAS FIELD WITH 21 ON BOARD, INVESTIGATION UNDERWAY

Graham also said investigators are reviewing video that appears to show a puff of smoke coming from one of the two engines as the plane sped down the runway.

SURVIVORS OF TEXAS PLANE CRASH WERE HEADED TO ASTROS GAME IN BOSTON: ‘SHAKY AND SHOCKED’

The plane was consumed by flames and left a burned-out wreck, but all 21 people on board escaped and only two of them suffered minor injuries, according to the board. The plane was owned by an investment firm in the Houston area and the firm’s owner was on the plane.

The NTSB recovered the plane’s flight recorders and has begun analyzing them at its lab in Washington.

The board typically takes 12 to 18 months to issue a final report and determine the cause of an accident.