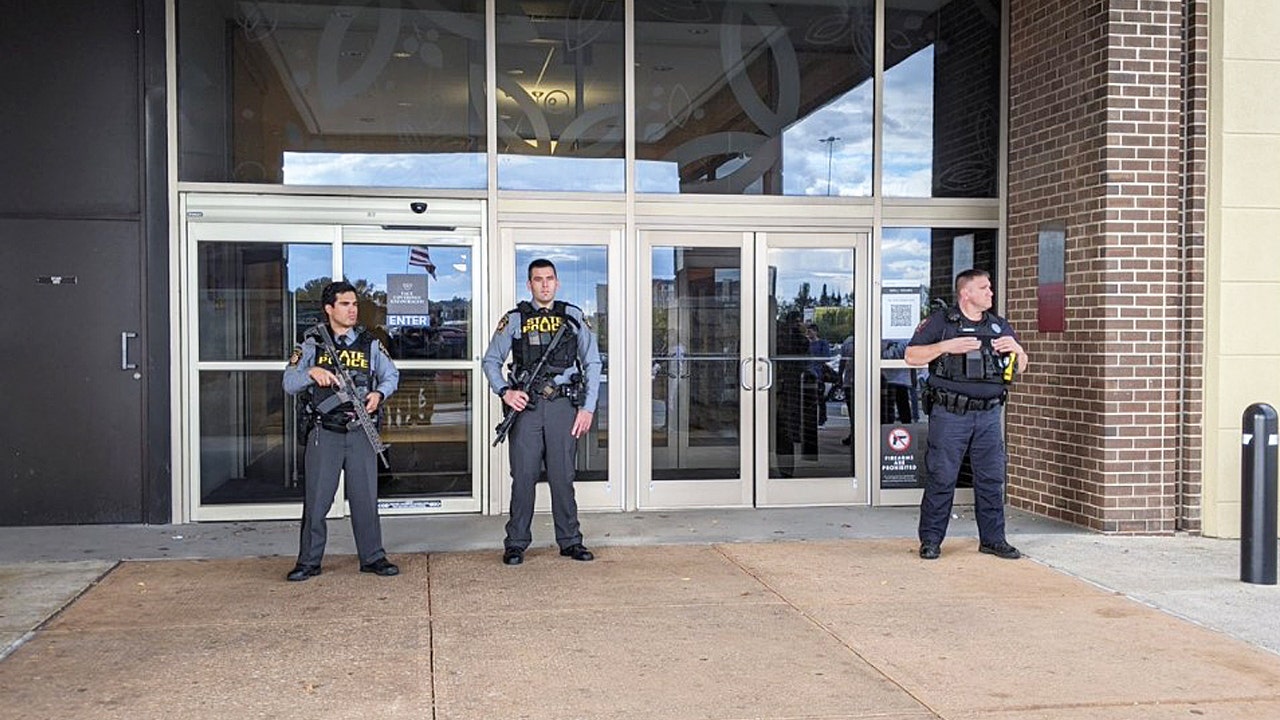 Two suspects reportedly are in custody Monday following a shooting at a Pennsylvania mall over the weekend that left six people injured.

The gunfire at the Park City Center in Lancaster erupted Sunday afternoon during an “altercation between several males inside the mall in the JC Penney’s wing,” police say. Four people were shot and two others were wounded amidst the chaos, but their injuries are non-life-threatening, investigators add.

Lancaster Online later reported that two suspects were arrested, but it’s not immediately clear if they were among the injured. Fox News has reached out to the Lancaster Bureau of Police for further comment.

A video posted to social media showed a group of people running away as two men fought and gunshots went off.

“We are saddened and angered by the unfortunate, isolated incident that happened in our shopping center today,” Lindsay Kahn, a spokesperson for Brookfield Property Partners – the mall’s owner – told Lancaster Online.

Kahn added that the company is “grateful” for police’s “swift action to contain the situation.”

Three males and one female suffered gunshot wounds, while two other women suffered minor injuries as they ran away from the shooting.

Park City Center’s 154 stores are located in Lancaster, a south central Pennsylvania city with a population of about 60,000 people.

Hana Ali, 57, told Lancaster Online that the shooting happened outside the international food store she owns with her sister.

Everything went so fast,” she said. “We were scared so we were hiding behind my register.”