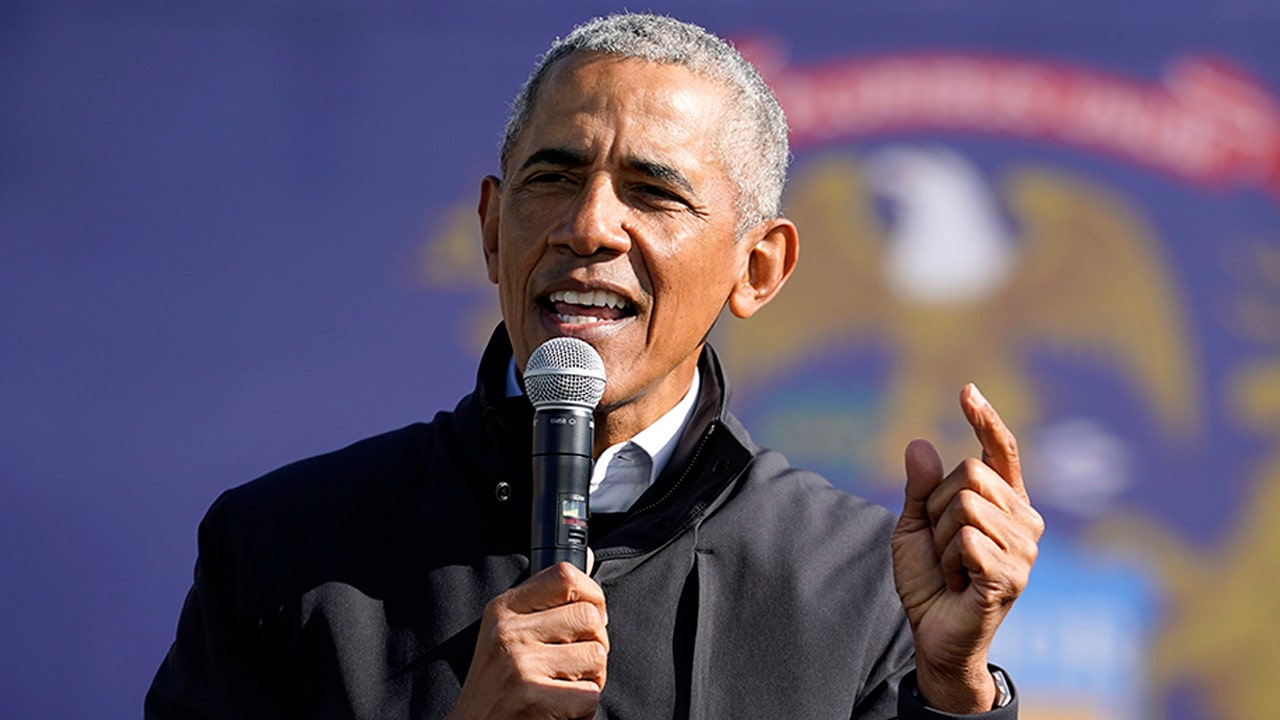 “All across the country, Democrats are trying to make it easier to vote, not make it harder to vote, and push back on Republicans who are trying to systematically prevent ordinary citizens from making their voices heard,” Obama said Saturday in Richmond.

“You have to ask yourself, why is it Republicans don’t want you to vote?” he asked.

Obama’s office did not immediately respond to Fox News’s request for comment on examples of Republicans preventing citizens from voting.

McAuliffe and Republican candidate Glenn Youngkin are in a dead-even fight for the governorship, just more than a week before Election Day. Both received 46% among likely voters, according to the latest Monmouth University survey.

Younkin’s campaign fired back at Obama’s claims that Republicans work to prevent people from voting, calling them “false statements,” in a comment to Fox News on Sunday morning.

“Glenn has addressed this multiple times before Obama came to Virginia to bail Terry out, but instead of writing a story about the former President’s false statements, the press is indulging Terry’s fantasies and lies because he can’t run on his failed record and radical vision for the future,” Youngkin spokesperson Christian Martinez told Fox News.

It’s unclear what policies Obama was referring to in his comments, but Democrats have attacked Georgia’s voting law in recent months. President Biden claimed in March, for example, that the law “ends voting hours early.”

The statement earned him “Four Pinocchios” from the Washington Post for spreading the misinformation, and the outlet explained, “not a single expert we consulted who has studied the law understood why Biden made this claim, as this was the section of law that expanded early voting for many Georgians.”

McAuliffe, chairman of Hillary Clinton’s failed 2008 presidential campaign and the former governor of Virginia, has received endorsements from various high-profile Democrats in the tight race. Vice President Kamala Harris, first lady Jill Biden and failed Georgia gubernatorial candidate Stacey Abrams have stumped for McAuliffe, while President Biden is slated to campaign with the candidate on Tuesday in Arlington.

School curriculum and abortion laws have been the large focus of the campaign in recent days, with the Republican candidate vowing to ban critical race theory and previously saying he would go “on offense” to ban abortion if elected.

“We all know education starts with curriculum,” Youngkin told his supporters at a rally on Saturday. “We will teach all history, the good and the bad.”

“America has fabulous chapters and it’s the greatest country in the world, but we also have some important chapters in our history, we must teach them,” Youngkin added, saying that under his administration, children will not be taught “to view everything through a lens of race.”