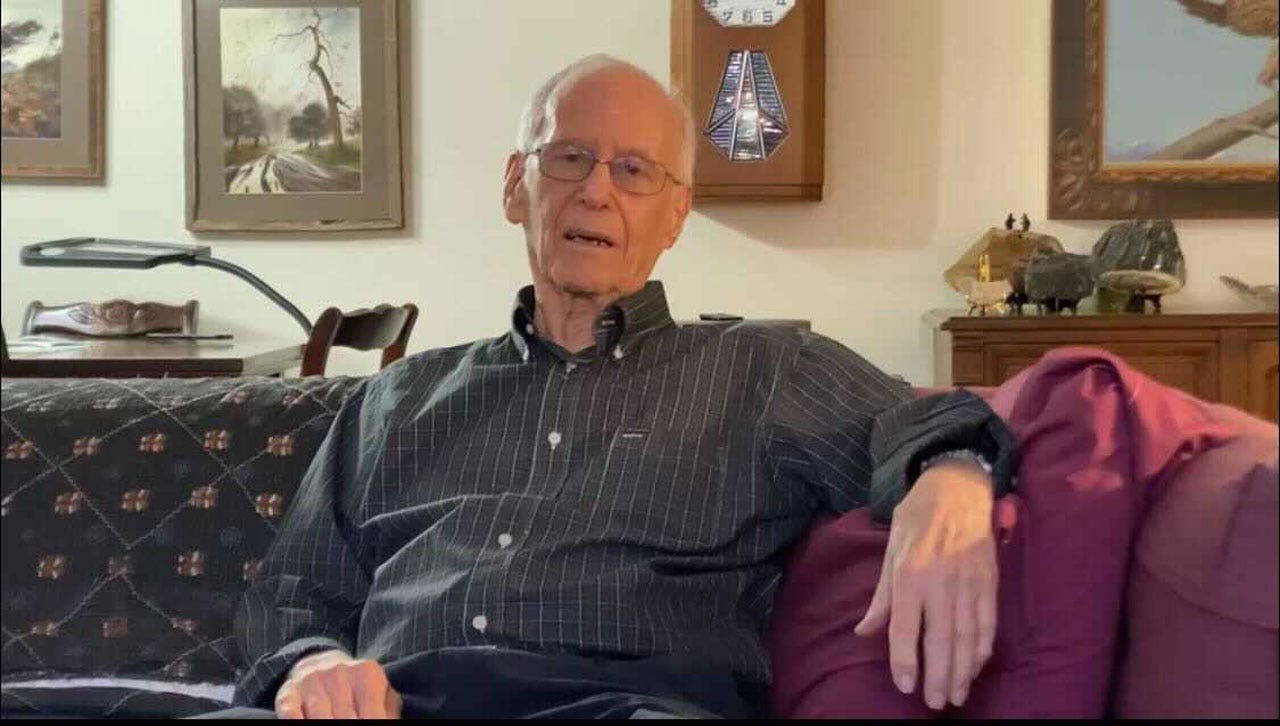 An 89-year-old Manhattan man whose wallet was snatched by a serial pickpocket said he’s grateful cops caught the career crook so quickly — and furious the accused thief was cut loose without bail the very next day.

“F—ing-A it angers me,” a frustrated Norman Heyman fumed to The Post Wednesday.

“I hate to see people go to jail,” he said. “But damn it if somebody keeps on doing this over and over and over again, and he hasn’t learned a lesson. The political forces that are here are not making citizens happy. It’s not making me happy. I don’t have an answer for it.”

Heyman was food shopping with his wife at the Martin Williams supermarket on East 23rd Street around 2:30 p.m. Saturday when the caught-on-video theft took place, cops said.

An 89-year-old Manhattan man whose wallet was snatched by a serial pickpocket said he’s grateful cops caught the career crook so quickly — and furious the accused thief was cut loose without bail the very next day.
(New York Post)

Heyman said he realized his wallet was missing and, believing he’d left it behind, returned home — but it wasn’t there, so he returned to the food store.

That’s when the store manager showed him the surveillance footage and he called cops.

“I said, ‘Somebody took my wallet,'” he told the officers. “And they said, ‘I know. We have it,’ which sent me into absolute shock.”

“Here I figured I’m good for about another week of running all these things down and they said, ‘No. We have it,'” Heyman said. “And I said, ‘I’m not going to ask you how and when and where you got this guy, but God bless you.'”

Police arrested Robert Stover, 58, who allegedly charged more than $1,200 on the card before he was taken into custody, police said.

NYPD Sgt. James Freyre of the Manhattan Transit Field Intelligence team said cops nabbed Stover so quickly because they were already there.

“We were set up in the area because there has been an uptick of grand larcenies in supermarkets in the area,” Freyre told The Post. “We saw Stover and recognized that he was wanted for several crimes in the Upper West Side.”

“He preys on the old and weak, like a wolf,” he said. “He uses the money to buy drugs and he also sells his victim’s ID.”

Stover already had more than 60 arrests dating to 1984 and was still on parole on a grand larceny conviction for which he was released from state prison in 2019.

Records show that Stover also has three other open cases in Manhattan, most recently an Aug. 5 spending spree where he allegedly charged more than $760 on another card.

But when he went in front of Manhattan Criminal Court Judge Michael Gaffey on Sunday, the judge released him on supervised release — despite a request from Manhattan prosecutors that he be held on $10,000 cash bail.

The DA’s office argued that, although the charges against Stover are not eligible for bail under the state justice reform measures, his repeat offenses qualified him for bail.

Gaffey disagreed based on the law and ordered Stover freed while the case is pending.

Heyman said he’s still grateful the cops acted quickly — and said they even helped him call his bank to cancel the illegal purchases — prompting him to write a thank-you letter to the NYPD for the quick work of the officers.

But he’s still ticked that Stover was cut loose.

“I don’t know how to respond to that,” he said. “I can be blatant and be a stupid reactive person, but I don’t have an answer. And it’s bigger than me as a citizen.”

Stover’s Legal Aid attorney could not be reached for comment.

The case is part of a recent uptick in thefts, including transit run-and-grab heists.

Early Wednesday, 65-year-old Brian Mack, who has 21 prior arrests, was busted after police said he cut a hole in a straphanger’s pocket at a Sheepshead Bay subway station to steal the victim’s wallet.

Mack was charged with grand larceny and possession of stolen property.

Earlier this month, transit cops chased down another suspect who grabbed a subway rider’s cellphone and took off at the Wilson Avenue station in Brooklyn.

“Overall crime rates across our entire system continues to improve,” MTA chief safety officer Pat Warren said at an agency meeting Wednesday. “But assaults, robberies and larcenies have increased this past month.”

“The larceny increases correlate directly to more ridership, as more customers create fertile ground for the theft of cellphones and the like,” Warren added.

Above ground, New Jersey cancer nurse Maria Ambrocio was fatally shoved in Times Square on Oct. 8, when a homeless mugger fleeing after snatching another woman’s cellphone slammed into her.