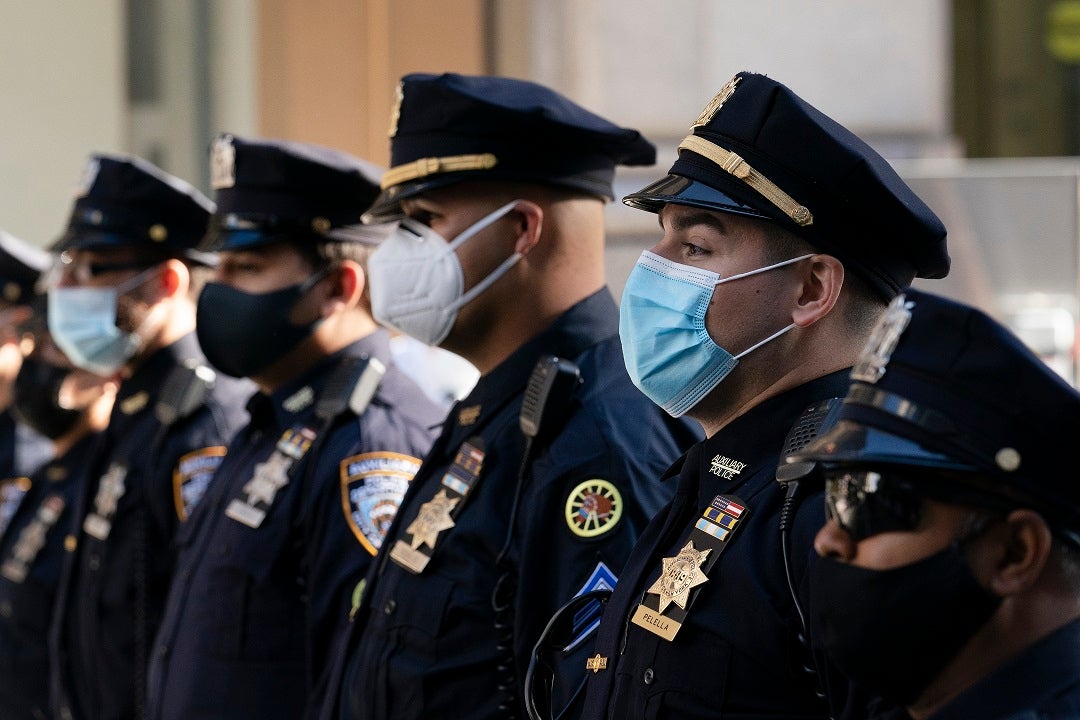 New York City‘s largest police union said Wednesday it will initiate legal action in response to Mayor Bill de Blasio’s mandate that all city employees get vaccinated for COVID-19 or be placed on unpaid leave.

The mayor announced the requirement Wednesday, pitting himself against public employees, including police officers and firefighters who have refused to get the shots. De Blasio gave municipal employees until Nov. 1 to get their first vaccine shot.

As an incentive, he said those who receive a dose by Oct. 29 would get an extra $500 in their paycheck.

The Police Benevolent Association, which represents rank-and-file officers, said it will proceed with legal action to “protect our members’ rights.”

“From the beginning of the de Blasio administration’s haphazard vaccine rollout, we have fought to make the vaccine available to every member who chooses it, while also protecting their right to make that personal medical decision in consultation with their own doctor,” PBA President Pat Lynch said in a statement.

He said the city was now unilaterally imposing a mandate. Nearly 70% of the New York Police Department is vaccinated. More than 60 NYPD employees have died of COVID-19.

New York City will require police officers, firefighters and other municipal workers to be vaccinated against COVID-19 or be placed on unpaid leave, Mayor Bill de Blasio said Wednesday, Oct. 20, 2021, giving an ultimatum to public employees who’ve refused and ensuring a fight with some of the unions representing them. (AP Photo/Mark Lennihan, File)

Fox News has reached out to De Blasio’s office and the union.

“The science, to health, the emergency situation that we’re in, it makes sense,” Shea said during a press briefing earlier this month.

Co-teachers at Yung Wing School P.S. 124 Marisa Wiezel (who is related to the photographer), left, and Caitlin Kenny give a lesson to their masked students in their classroom on Sept. 27, 2021 in New York City.
(Michael Loccisano/Getty Images)

Elsewhere in the city, everyone must show proof of vaccination to eat inside restaurants and attend and play in sporting events. That provision has pitted Brooklyn Nets star Kyrie Irving against the team. He has been banned from playing or practicing over his refusal to get vaccinated.