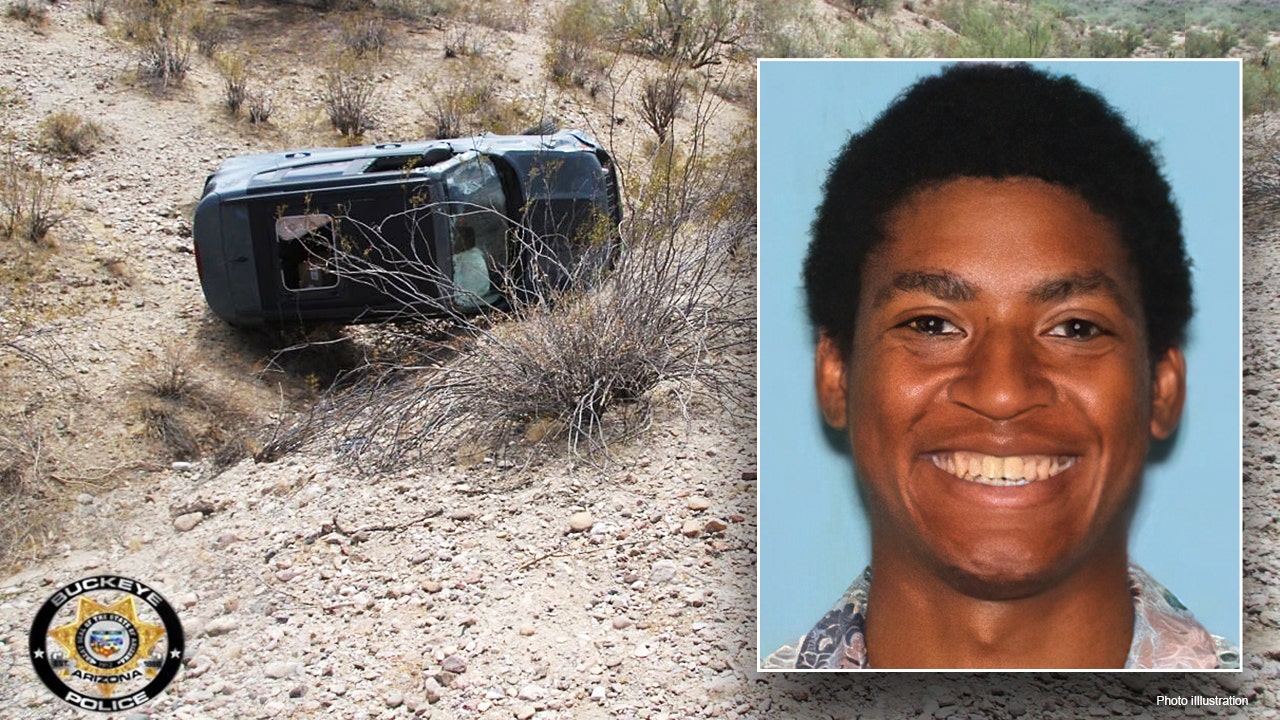 The father of Daniel Robinson moved from South Carolina to Arizona to search for his son, who disappeared in June, and spoke to Fox News about him.

David Robinson told Fox News he would speak with his son for a couple of hours every time they would talk before he went missing. The son is optimistic about life, the dad said, and they were planning for the family to visit Daniel in Arizona.

The last contact the father had with his son was two days before he disappeared.

The 24-year-old geologist has been missing for three months after last being seen leaving a worksite in the Arizona desert.

The dad said: “He was very into science, and he loved rocks that came out of the earth.”

He took geology in his first year of college and developed a passion that would lead to a career after he graduated with honors.

Daniel is the youngest of four: “Nothing would stop him,” the dad said.

The son is 5″8′ and does not have a right forearm or hand; his father said he didn’t want to use prosthetics: “It wasn’t a handicap for him.”

He taught himself French horn and trombone. Daniel loves nature and hiking. He likes to bring people together, his dad said. The father told Fox News his son never spoke of any animosity in his life out west.

Daniel was first reported missing on June 23. He was last seen leaving a job site near the Sun Valley Parkway and Cactus Road in Buckeye, a suburb west of Phoenix.

Robinson, a field geologist who often works in remote areas, is believed to have been driving a blue 2017 Jeep Renegade at the time of his disappearance. On July 19, a local landowner spotted Robinson’s Jeep in a ravine, which had prevented search crews from spotting it by air and on foot, police said. The vehicle had significant damage.

Last Thursday afternoon, the Buckeye Police Department, in the interest of transparency, released a portion of the police report previously provided to the Robinson family.

The police report is not complete, the department said, noting the case remains open and active.

“We are committed to finding Daniel Robinson,” Buckeye Police Chief Larry Hall said. “Our investigators are working tirelessly to find answers and bring closure to Daniel’s loved ones.”

But the family isn’t convinced police are doing everything they can to bring Daniel home. In a September 19 tweet, the family said, “What amazes me is how the @BuckeyeAZPD is spending more time defending their low, slow, and no current action than they are contacting me with what action that they are currently taking to find my son. What had done is not what you are doing. Call me!!”

In response, police told Fox News via email: “The Buckeye Police Department has worked with partner agencies to search more than 70 square miles over several weeks in an effort to find Daniel. Investigators have utilized UTVs, cadaver dogs, and air support including a drone and a helicopter. The public has also been a great help in providing information.  Our entire community is invested in this case.”

“Investigators have been communicating with the family’s private investigator, and we ensure loved ones are updated.  We are committed to finding Daniel,” they continued. “Currently we are consulting outside experts for enhanced analysis of data from Daniel’s vehicle. We are also asking anyone with information that can help solve this case to please contact us at (623) 349-6400.”

The family refuses to give up the fight to find their son.

Summing up his son’s life, David said: “He wanted to expand his horizons. He didn’t want to be trapped in a box. Trying to see as much as you can while young and trying to prepare himself for it.”