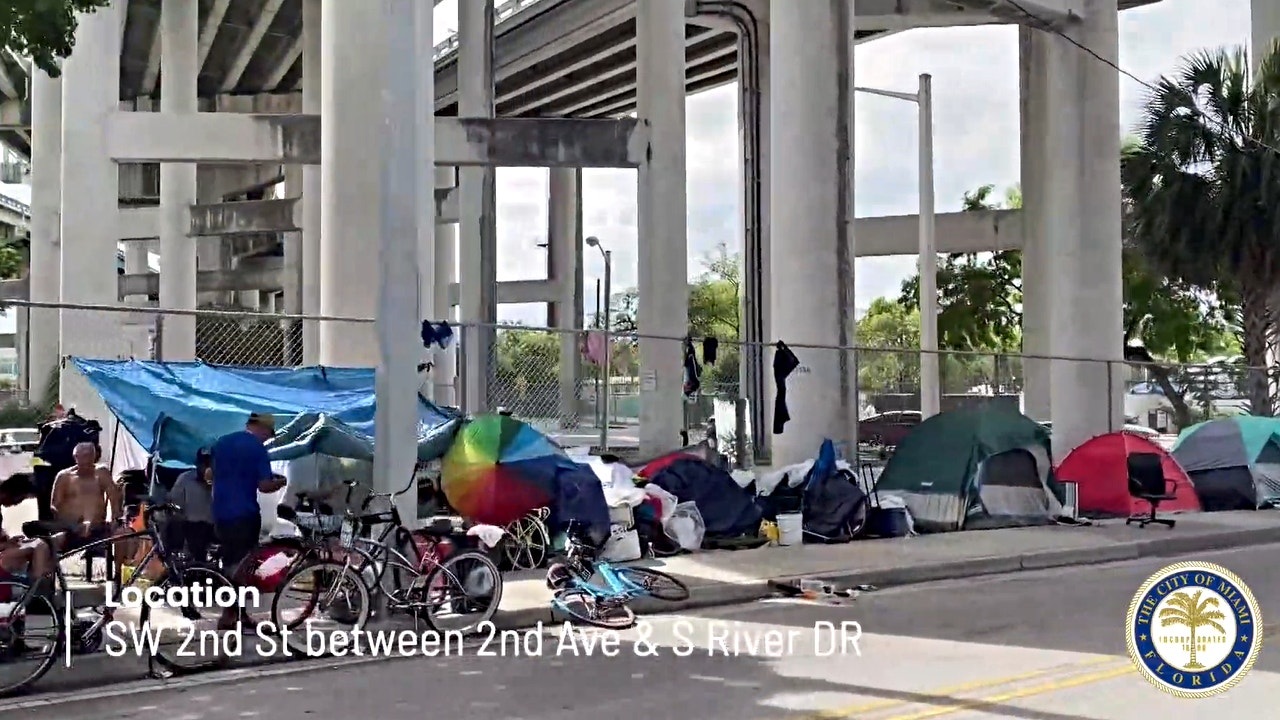 Commissioners also passed a resolution requiring the Miami city manager to develop an “Adopt-A-Homeless Person Assistance Program” that would compensate residents for providing shelter to those experiencing homelessness with funds from the Miami-Dade County Homeless Trust.

Miami Commissioner Joe Carollo presented video footage of several homeless individuals throughout Miami during a Thursday meeting. The individuals in the video tell Carollo that they do not want to stay in shelters for the homeless.

“The foundation of the problem that we have out there is not a homeless issue as we thought of homelessness in America before,” Carollo said Thursday.

“What we have out there is a problem of addicts — individuals that have gotten strung out on numerous different drugs — and that’s caused mental problems in many of them. And they don’t want to go to a shelter for two reasons: 1. They’re too strict. … 2. You’re not going to be able to … buy drugs in a shelter.”

He added that Miami is “looking for compassionate solutions” to homelessness and has already spent hundreds of thousands of dollars helping the city’s homeless population with pracademic, fire and police services.

William Porro, director of Miami’s Department of Human Services, said that shelter space is not an issue in Miami, but COVID-19 and affordable housing have complicated the issue.

Commissioner Ken Russell expressed concern that “some of these actions, especially under the ordinance, could be used against us as a city, as a violation of civil rights, if somebody refuses shelter and then they are arrested,” as local news outlet WSVN first reported.

“We’re at Miami City Hall in full opposition of attempts to criminalize houseless tenants,” the Miami Workers Center tweeted. “We organize daily alongside renters struggling to keep a roof over their heads. Instead of demonizing poor people, we want SOLUTIONS that keep us safe & housed!”

“Data analyzed in 2020 reports that there are 13.2 homeless people for every 10,000 residents in Florida, ranking the state’s homeless populations among the largest in the United States,” the resolution says.