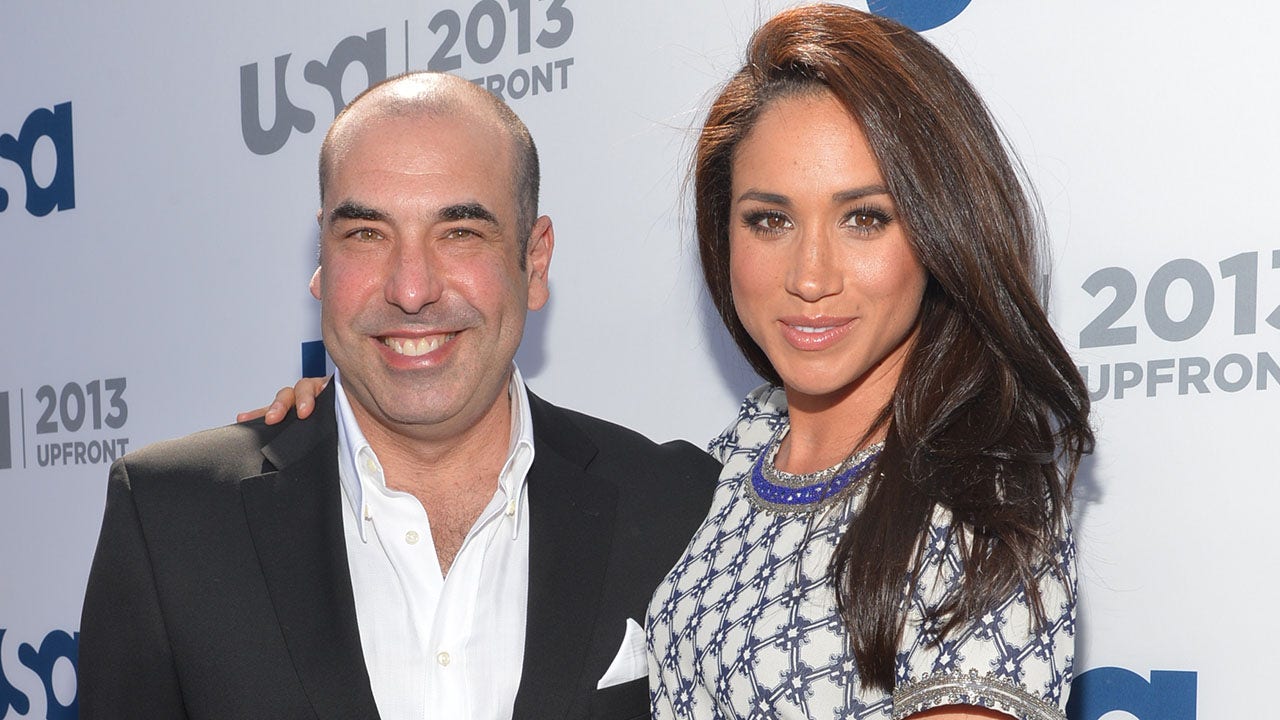 Rick Hoffman has been reminiscing about “the good ol’ days.”

The actor recently took to Instagram where he shared an unseen throwback snap of himself spending time with his former “Suits” co-star Meghan Markle.

In the candid photo, the Duchess of Sussex, 40, is seen laughing as the 51-year-old holds a drink.

The pair starred in the USA Network legal drama from 2011 until 2018. After seven seasons on the show, the former American actress gave up her acting career after she became engaged to Britain’s Prince Harry. The couple tied the knot in May 2018. Hoffman was among the “Suits” cast members who attended the royal wedding.

That year, Hoffman told The West Australian it was heartbreaking to lose Markle, as well as co-star Patrick J. Adams, as the series came to an end.

“Losing Meghan and Patrick is like losing part of our heart muscle and now we’re going to bypass it with some really, really great actors,” he said at the time. “Everybody’s so excited to be a part of this, that energy I feel is contagious… So I think you take the heartbreak and you turn it into positive energy and let that catapult you into the next chapter.”

“It’s a dream job,” the star shared. “I know that sounds like a cliché, but it’s the truth.”

The series officially ended in 2019.

The Duke and Duchess of Sussex welcomed a son named Archie Harrison Mountbatten-Windsor in 2019. The couple’s departure as senior royals began in 2020 over what they described as the British media’s intrusions and racist attitudes towards the duchess. The family now resides in the coastal city of Montecito, California.

In the wake of quitting royal duties, they gave an explosive TV interview to Oprah Winfrey in March, in which the couple described painful comments about how dark Archie’s skin might be before his birth. The duchess talked about the intense isolation she felt inside the royal family that led her to contemplate suicide.

Buckingham Palace said the allegations of racism made by the couple were “concerning” and would be addressed privately.

On June 4, the couple welcomed their second child, a daughter named Lilibet “Lili” Diana Mountbatten-Windsor. The child is eighth in line to the British throne.

The Duke and Duchess of Sussex reside in California with their two children.
( Roy Rochlin/Getty Images)

The name pays tribute to both Harry’s grandmother, Queen Elizabeth II, whose family nickname is Lilibet, and his late mother, Princess Diana.