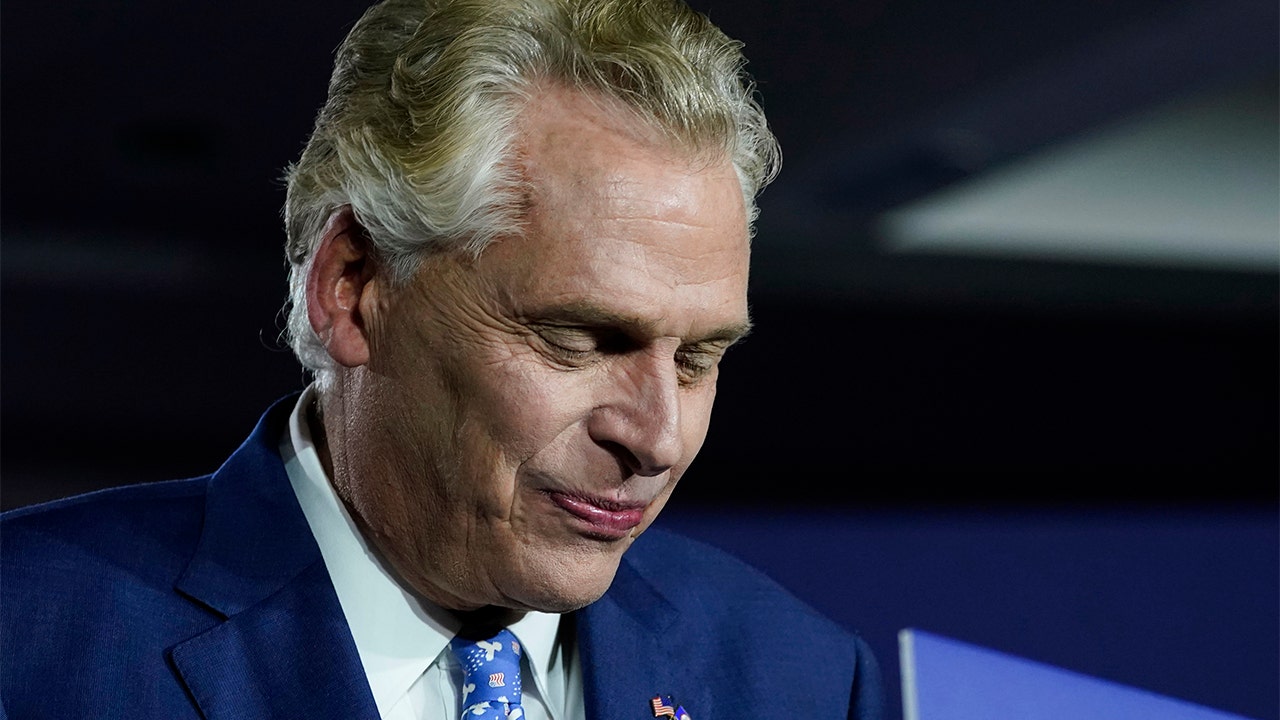 McAuliffe, in a statement, acknowledged that he “came up short” and offered his “congratulations to Governor-Elect Glenn Youngkin on his victory.”

“I hope Virginians will join me in wishing the best to him and his family,” the former governor said.

“Alrighty Virginia, we won this thing,” Youngkin told supporters in his victory speech a little after 1 a.m. ET Wednesday.

And he vowed that “together, we will change the trajectory of this commonwealth.”

Youngkin, a first-time candidate, ran a disciplined campaign, focusing on taxes, crime, and holding public schools accountable to parents, while McAuliffe spent much of his fire power the past couple of months linking Youngkin to former President Donald Trump.

And McAuliffe continued to nationalized the race, campaigning during the final weeks leading up to the election with President Biden, Vice President Harris, former President Obama, and other top Democrats, in an unsuccessful attempt to boost his fortunes.

Two months ago, McAuliffe held a mid-single-digit lead in a state that Biden won by 10 points over then-President Trump just a year ago, but Youngkin erased the former governor’s advantage in the closing stretch of the campaign.

Youngkin secured victory thanks to a wave of Republican voter enthusiasm, and by tapping into the anger of parents over decisions by their local school boards.

WHAT YOU NEED TO KNOW ABOUT GLENN YOUNGKIN

“We’re going to embrace our parents, not ignore them,” he emphasized in his victory speech.

And he touted that “a campaign that came from nowhere…turned into a movement.”

Youngkin made major gains among suburban voters, who fueled the 2018 blue wave that helped the Democrats win back the House and Biden’s presidential victory over Trump one year ago.

With Virginia’s gubernatorial race considered a key bellwether ahead of next year’s midterm elections, Youngkin’s victory in a state where Republicans hadn’t won statewide in a dozen years will only increase Democratic anxieties as they try to defend their razor-thin House and Senate majorities in 2022.

A Democratic defeat in Virginia in the first major election during Biden’s tenure in the White House also serves as a major political setback for a president who’s already endured a very rocky late summer and autumn.

McAuliffe, in his statement, said that “while last night we came up short, I am proud that we spent this campaign fighting for the values we so deeply believe in.”

“We must protect Virginia’s great public schools and invest in our students. We must protect affordable health care coverage, raise the minimum wage faster, and expand paid leave so working families have a fighting shot,” he urged. “We must protect voting rights, protect a woman’s right to choose, and, above all else, we must protect our democracy. While there will be setbacks along the way, I am confident that the long term path of Virginia is toward inclusion, openness and tolerance for all.”

And McAuliffe, an longtime Democratic rainmaker and former Democratic National Committee chair who is also close for former President Bill Clinton and former Secretary of State Hillary Clinton, stressed that “serving as Virginia’s 72nd governor was the highest honor of my life, and I will never stop fighting to make our Commonwealth stronger and brighter for all.”

WHAT YOU NEED TO KNOW ABOUT TERRY MCAULIFFE

Virginia prevents governors from serving consecutive terms and McAuliffe was aiming to become the first former governor in nearly half a century to win a second term.