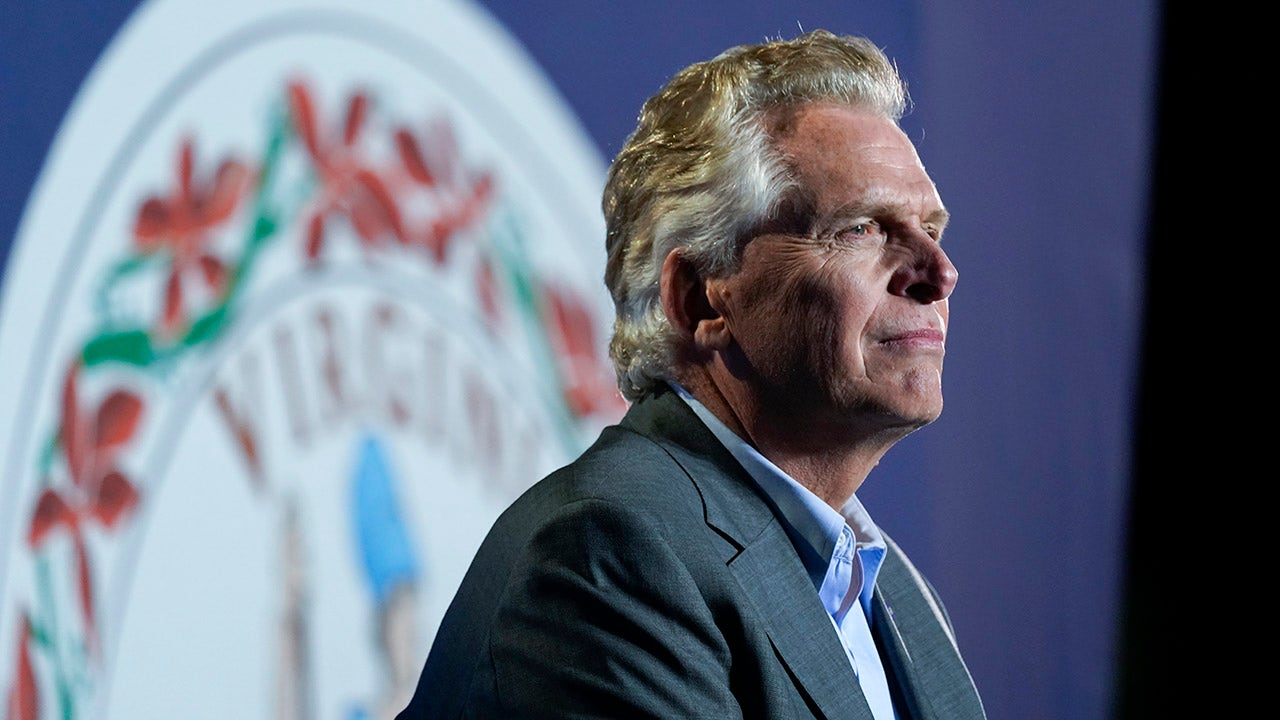 Good morning and welcome to Fox News First. Here’s what you need to know as you start your day …

When Fox News sent the campaign a request for comment, the McAuliffe campaign scrambled to “kill” the story, according to emails mistakenly sent to Fox News.

Less than a month before Election Day, McAuliffe’s campaign spent $53,680 on the services of the Elias Law Group, a firm that Marc Elias started earlier this year, Fox News previously reported.

Elias had formerly worked as a partner at the law firm Perkins Coie, which the Hillary Clinton campaign hired in 2016 in order to conduct opposition research on Donald Trump – research that included the infamous Christopher Steele dossier. Republicans have accused Elias of lying to hide the Clinton campaign’s role in funding the dossier.

House Republicans accused Elias of having a “serious conflict of interest” when he represented Iowa Democratic candidate Rita Hart in her effort to overturn the results of her extremely narrow loss to Republican Rep. Mariannette Miller-Meeks.

Fox News reached out to the McAuliffe campaign for comment following a suggestion by George Washington University law professor Jonathan Turley, who wrote that McAuliffe hiring Elias is an “astonishing move.” McAuliffe spokeswoman Christina Freundlich responded to the email with a message apparently meant for colleagues, not for Fox News.

“Can we try to kill this,” Freundlich wrote. CLICK HERE FOR MORE ON OUR TOP STORY.

California school board member who fired F-bomb at parent had 2nd hot-mic slip-up, video suggests
The president of a California school district who apologized this week for cursing at a parent who was speaking out against mask mandates in schools during a Tuesday meeting was apparently caught on a hot mic for a second time during the same meeting, according to a social media video.

“Oh god, here we go,” Los Alamitos School Board President Marlys Davidson appeared to say after introducing two speakers she referred to as Claire C. and Leah R., during the board meeting, according to a YouTube video posted by Los Al Recall.

It wasn’t clear which speaker Davidson was referencing or whether it was Davidson talking since all of the board members were wearing masks during the meeting.

The speaker, who introduced herself as Claire Chu, said she was glad everyone had the “freedom to speak” and said she wanted to speak out against critical race theory, claiming it teaches students to “hate each other because of their race, because of their skin color and make them identify different from others.

“No, we are all American,” she said to applause. “We are all one nation, one race. Don’t let them divide by the CRT.”

In the same meeting, Davidson was caught on a hot mic saying “f— you” to another speaker, Lauren Roupoli, a parent who spoke out against mask mandates in schools. CLICK HERE FOR MORE.

“As you know by now, the House will postpone the vote on the [Bipartisan Infrastructure Framework],” Pelosi said in the letter. “The good news is that most Members who were not prepared for a yes vote today have expressed their commitment to support the BIF. I thank the overwhelming number of House Democrats who support both the BIF and the Build Back Better Act. It is both heartening and impressive to observe the strength of Members’ engagement in the discussion.”

The vote was delayed amid pushback from the House Progressive Caucus. The far-left group said its members had “overwhelmingly voted to endorse” a scaled-back version of President Biden’s social spending bill but warned they would not vote to pass the Senate’s bipartisan infrastructure bill unless a finalized version of the spending bill was brought up at the same time.

The Caucus said the dual vote “cannot be accomplished without legislative text that can be fully assessed and agreed upon by all parties, including 218 Representatives and all 50 senators in the Democratic Caucus.”

Pelosi noted the full text of the spending bill was available for review, adding that the House Budget Committee had released “a section-by-section analysis of the legislation.”

While Pelosi and others have touted mounting support for both pieces of legislation, it remained unclear if Democratic leaders could garner enough votes to pass them. CLICK HERE FOR MORE.

Tucker Carlson on Thursday evening argued that the Biden administration is actively encouraging illegal immigration, even for criminals.

“According to a piece in this afternoon’s Wall Street Journal, the Biden administration has decided to pay reparations to illegal aliens,” the host said on “Tucker Carlson Tonight.” “In other words, foreigners who came here without invitation, who came in willful violation of legal statutes passed by our Congress, per our Constitution, those people are about to get a groveling apology and huge amounts of cash.”

Not signed up yet for Fox News First? Click here to find out what you’re missing.

Fox News First was compiled by Fox News’ David Aaro. Thank you for making us your first choice in the morning! Have a nice weekend and we’ll see you in your inbox first thing Monday.