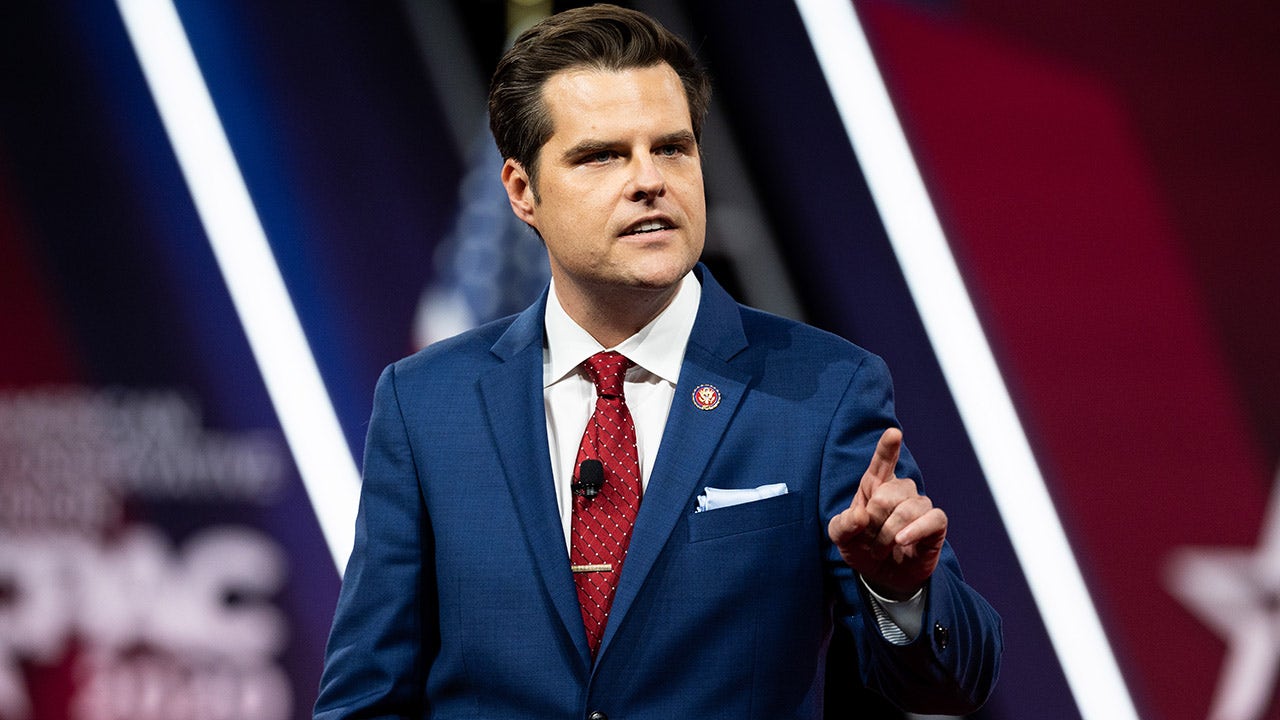 A man accused of barking death threats at Rep. Matt Gaetz, R-Fla.,  over the phone earlier this year was nabbed last week on a federal indictment, according to court records.

Prosecutors say that on Jan. 9 — three days after the Capitol siege — Eugene Huelsman called Gaetz’s office phone to menace the lawmaker. “Tell [M.G.] to watch his back, tell him to watch his children,” Huelsman allegedly seethed into the receiver, according to the indictment.

WASHINGTON, DC – MAY 14: Rep. Matt Gaetz, R-Fla., walks out of the committee room during a hearing with the House Armed Services Subcommittee on Cyber, Innovative Technologies, and Information System in the Rayburn House Office Building on May 14, 2021 in Washington, DC. (Photo by Anna Moneymaker/Getty Images)

Gaetz confirmed that he was the victim identified in the indictment as M.G. The congressman told Fox Digital that he turned over the recorded voicemail to Capitol Police.

Huelsman was indicted in May in the Northern District of Florida on one felony count of making a threat to injure the person of another — but his whereabouts were unknown at the time. A judge sealed the indictment until authorities tracked down Huelsman in California and apprehended him, court records state.

Huelsman is scheduled to make his initial appearance in Pensacola federal court Oct. 29.

FILE – In this Jan. 6, 2021, file photo rioters try to break through a police barrier at the Capitol in Washington. (AP Photo/John Minchillo, File)

“I’m glad that prosecutors in the Northern District of Florida take death threats against me and my family seriously,” Gaetz said. “I wish that were an ethic across the DOJ enterprise.”