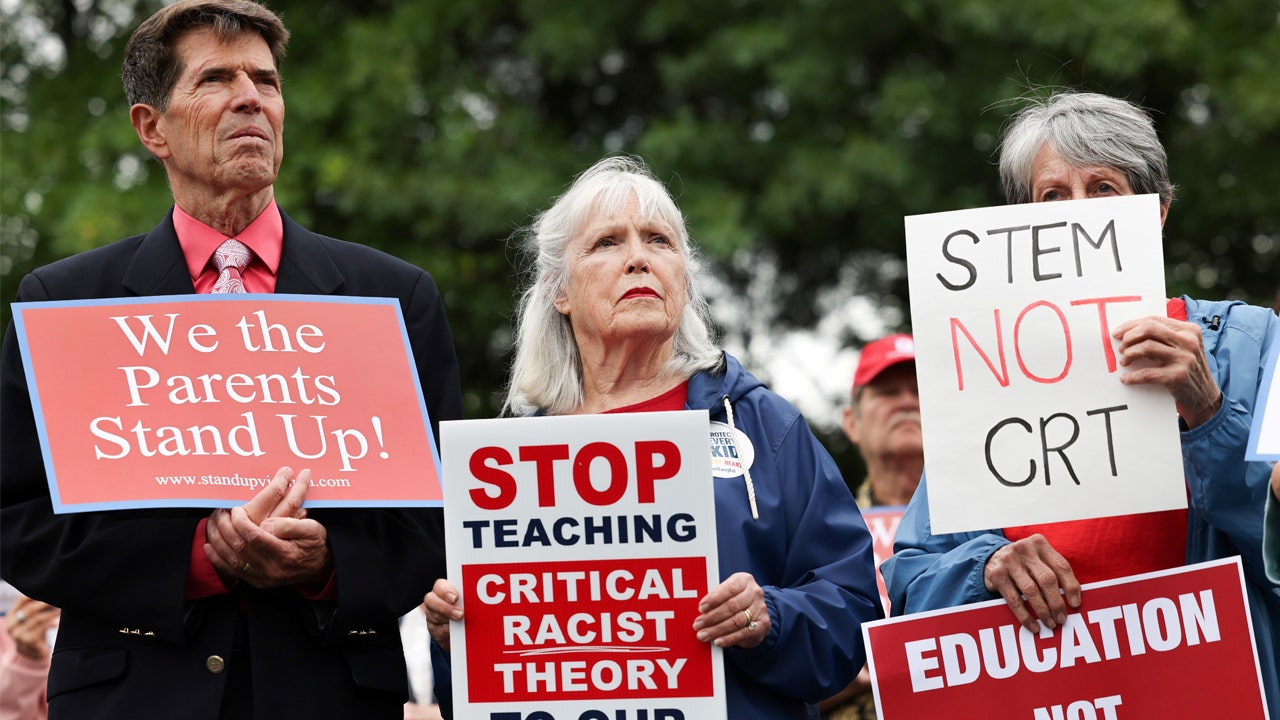 Parents in Loudoun County are gearing up for a potentially explosive school board meeting on Tuesday, a week after a bombshell email showed that Superintendent Scott Ziegler had notified the school board about an alleged sexual assault in a girls’ restroom about a month before he publicly declared that he had no record of bathroom assaults. Tuesday also marks the first school board meeting since Virginia Republican gubernatorial candidate Glenn Youngkin called for the resignations of Ziegler and the school board.

The email “simply confirms what we know, which is we had administrators at a school board who have been covering this up,” Youngkin told Fox News on Saturday. “I mean, they tried to hide it from parents, they’ve hidden it from the public, and they actually endangered students by moving this young man – who in fact was being prosecuted for a sexual assault in another school – and enabled it to happen again.”

He referenced allegations that Ziegler and the school board covered up, while the board was considering a controversial transgender rule, the report that a male student in a skirt allegedly assaulted a female student in a girls’ bathroom. Prosecutors confirmed that the same young man who stands accused in that May incident also stands accused of sexual assault in an October incident in another school.

After the first incident on May 28, Ziegler sent an email to the school board, saying, “This afternoon a female student alleged that a male student sexually assaulted her in the restroom.” At a school board meeting on June 22, Ziegler declared that “the predator transgender student or person simply does not exist,” and that to his knowledge, “We don’t have any record of assaults occurring in our restrooms.”

On October 15, Ziegler apologized for these remarks, saying that he “wrongly interpreted” a question “about discipline incidents in bathrooms.” He said that he interpreted the question wrongly because he was “viewing the question in light of” the debate around the transgender policy, 8040.

“I regret that my comments were misleading and I apologize for the distress that error caused families,” he said.

The school district has denied allegations of a cover-up.

Wayne Byard, a spokesman for Loudoun County Public Schools, told Fox News on Monday that the school district reported the alleged assault on May 28 to the sheriff’s office immediately. Byard noted that the superintendent notified the school board of the alleged assault on May 28, but because “the nature of the incident was still under investigation,” the report “could not be released to the general public” at the time. The October 6 incident “was reported to the Sheriff’s Office immediately,” as well.

“In the current politically charged atmosphere, a lot of claims and demands have been made. The focus of the superintendent and School Board remains the education of Loudoun County’s 81,000 students,” Byard added.

Parents insist that the school board did cover up the alleged assault, however.

“People are upset because Loudoun County covered up that they knew about sexual assaults and the question is, what else do we not know about?” Brandon Michon, a concerned father of three in Loudoun County who has spoken up at school board meetings in the past, told Fox News on Sunday night.

At the last school board meeting on October 12, about 60 concerned parents spoke, many of them calling for the resignations of Ziegler and the board. The email released last week will likely heighten their concerns.

Protesters and activists hold signs as they stand outside a Loudoun County Public Schools (LCPS) board meeting in Ashburn, Virginia on October 12, 2021.
(ANDREW CABALLERO-REYNOLDS/AFP via Getty Images)

Earlier on Tuesday, approximately 75 students walked out of Broad Run High School, protesting the way that Zeigler and the board handled the issue. Students at other schools reportedly planned walk-outs as well.

HOW TO VOTE IN THE VIRGINIA GUBERNATORIAL ELECTION ON NOVEMBER 2

Education has become a pivotal issue in the governor’s race, partially due to parent protests in Loudoun County and nearby Fairfax County. In a September debate, Democratic candidate Terry McAuliffe said, “I don’t think parents should be telling schools what they should teach.” McAuliffe has accused Youngkin of taking the quote out of context, but Youngkin’s campaign released an ad showing McAuliffe standing by the statement.

The school board did not respond to Fox News’ request for comment by press time.