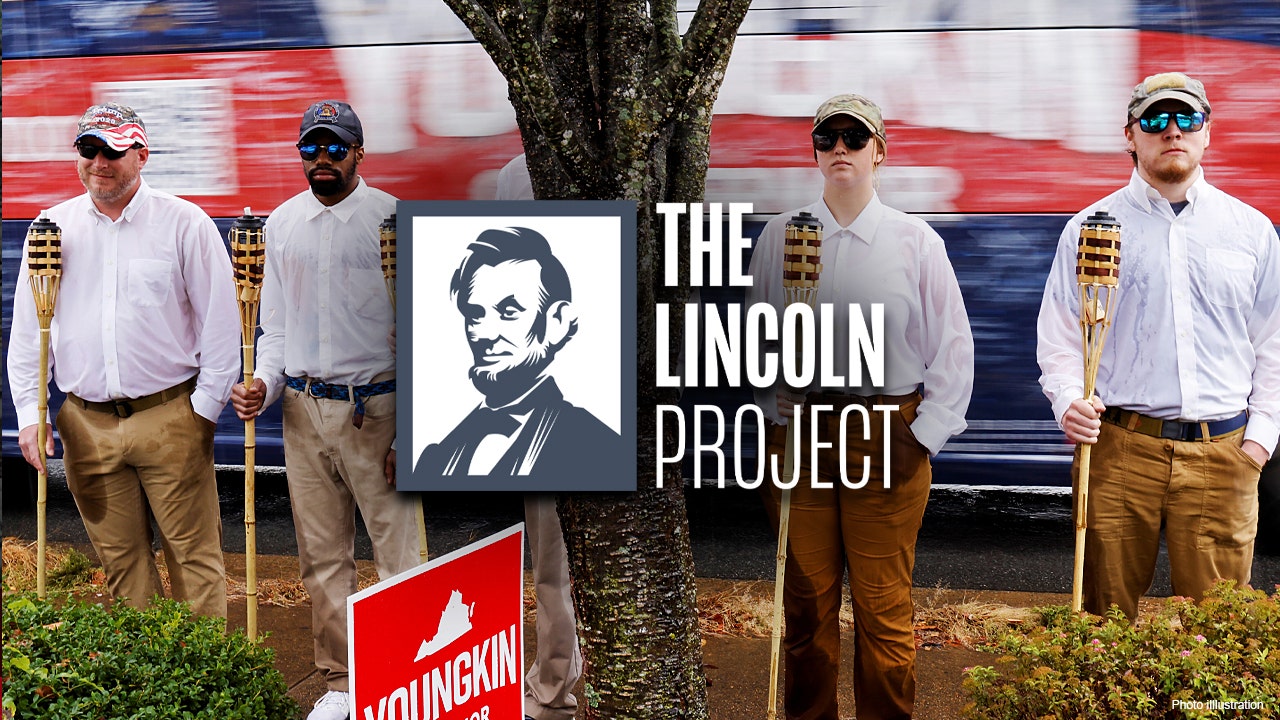 Records provided by the Virginia Public Access Project show $17,100 being spent on pro-McAuliffe efforts and just over $280,000 on anti-Youngkin efforts.

A small group of demonstrators dressed as “Unite the Right” rally-goers with tiki torches stand on a sidewalk as Republican candidate for governor of Virginia Glenn Youngkin arrives on his bus for a campaign event at a Mexican restaurant in Charlottesville, Virginia, U.S. October 29, 2021. REUTERS/Jonathan Ernst
(REUTERS/Jonathan Ernst)

The Lincoln Project, formed as a counter to former President Donald Trump in 2019 by disillusioned former Republicans, and mired in a sexual harassment scandal earlier this year, made headlines on Friday when the group admitted to staging a photo-op at a Youngkin rally that portrayed white supremacists as supporting the GOP hopeful.

“Today’s demonstration was our way of reminding Virginians what happened in Charlottesville four years ago, the Republican Party’s embrace of those values, and Glenn Youngkin’s failure to condemn it,” the Lincoln Project said in a press release.

“The Lincoln Project has run advertisements highlighting the hate unleashed in Charlottesville as well as Glenn Youngkin’s continued failure to denounce Donald Trump’s ‘very fine people on both sides,'” the group said. “We will continue to draw this contrast in broadcast videos, on our social media platforms, and at Youngkin rallies.”

The staged protest was reported by several news outlets as being a legitimate instance of white supremacists supporting Youngkin.

The group has placed ads in Virginia attempting to label Youngkin as racist.

The Lincoln Project did not immediately respond to a request for comment from Fox News.