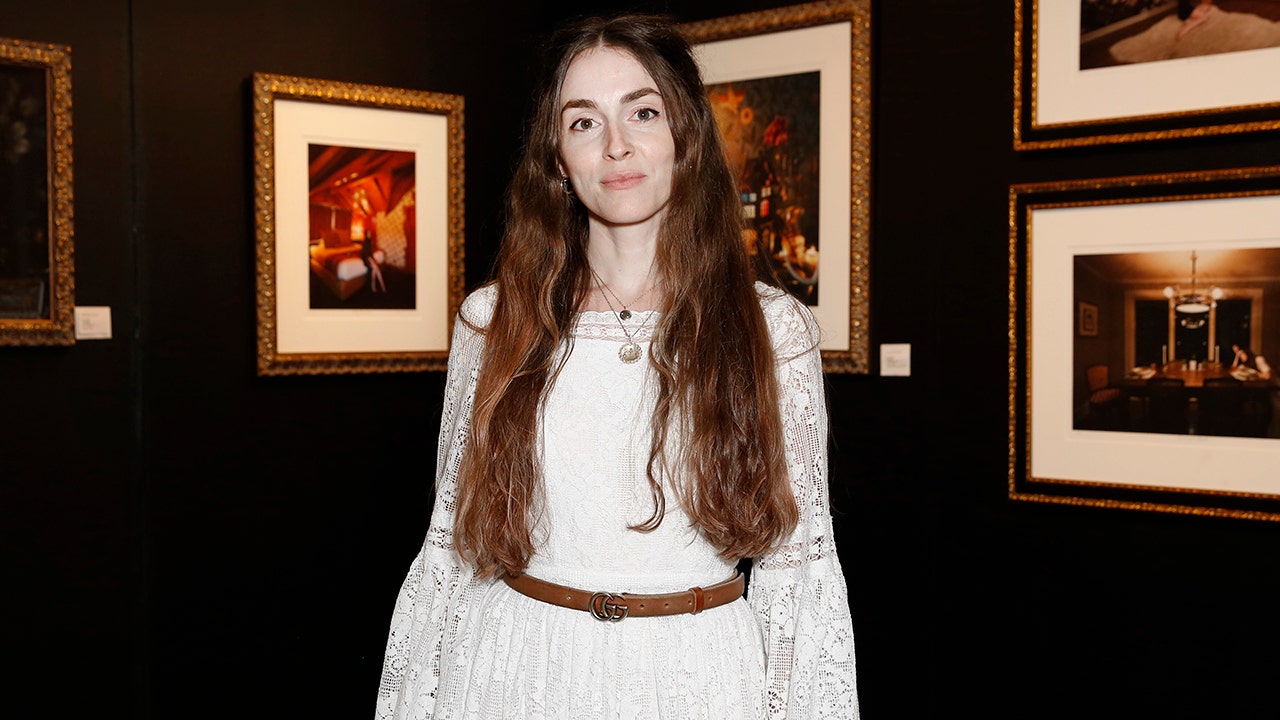 John Mulaney’s ex-wife, Anna Marie Tendler, made her first public appearance since her high profile split from the comedian.

The couple officially got divorced in July after getting married seven years prior in 2014. At the time, Tendler released a statement through her rep noting that she was “heartbroken” that the “Saturday Night Live” alum had decided to end their marriage and wished him well on his recovery as he was in rehab at the time.

The artist has remained relatively under the radar since releasing that statement but emerged in the public eye for the first time over the weekend to debut some of her work at The Other Art Fair in Santa Monica, Calif.

According to E! News, she debuted a collection she’s been working on titled “rooms in the first house,” which her website describes as, “a reference to the first astrological house – the house of self – these photographic works chronicle the often non-linear experiences of loss, anger, and powerlessness, as well as a reclamation of identity.”

CELEBRITIES WHO HAD BABIES IN 2021

The outlet reports that she wore a billowy white, lace dress that she told her followers on Instagram was her mother’s wedding dress from when she got hitched in 1978. She capped off the outfit with a brown Gucci leather belt. The artist also thanked her many friends who came out to support her at her exhibit as well as help her out when her booth became  “overwhelming” with attendees flocking to see what art came out of her very eventful year.

Artist Anna Marie Tendler photographed during The Other Art Fair Los Angeles presented by Saatchi Art in partnership with BOMBAY SAPPHIRE at Barker Hangar on September 23, 2021 in Santa Monica, California.
(Rachel Murray/Getty Images for The Other Art Fair)

Tendler’s event drew celebrity friends such as “Saturday Night Live” and “The Other Two” actress Molly Shannon as well as “Never Have I Ever” co-creator Lang Fisher.

The exhibit marks Tendler’s first public appearance since splitting with Mulaney and his subsequent announcement that he is both dating actress Olivia Munn and they are expecting a child together.

Earlier this month, Mulaney appeared on “Late Night with Seth Meyers” where he confirmed the news that he and Munn are parents-to-be and “really, really happy.”

“I got into this relationship that’s been really beautiful with someone incredible who has dealt with the non-coked-up Bambi version of me and that’s been very incredible. She’s kind of held my hand through that hell and we are having a baby together,” Mulaney announced at the time.

“I was nervous when I was about to say the news. That’s why I looked down and then I looked up,” he added to Meyers. “I’m going to be a dad.”

The comedian noted that he packed a lot into a very eventful year, making no real mention of Tendler by name, only revealing the date he moved out of her place.

“I went to rehab in September, I got out in October, I moved out of my home from my ex-wife, I host ‘Saturday Night Live’ on Halloween. I relapse on drugs after the show, not directly after. I just mean, well, after goodnights,” he said with a laugh.

So far, Tendler has not acknowledged the split or her ex’s subsequent pregnancy.