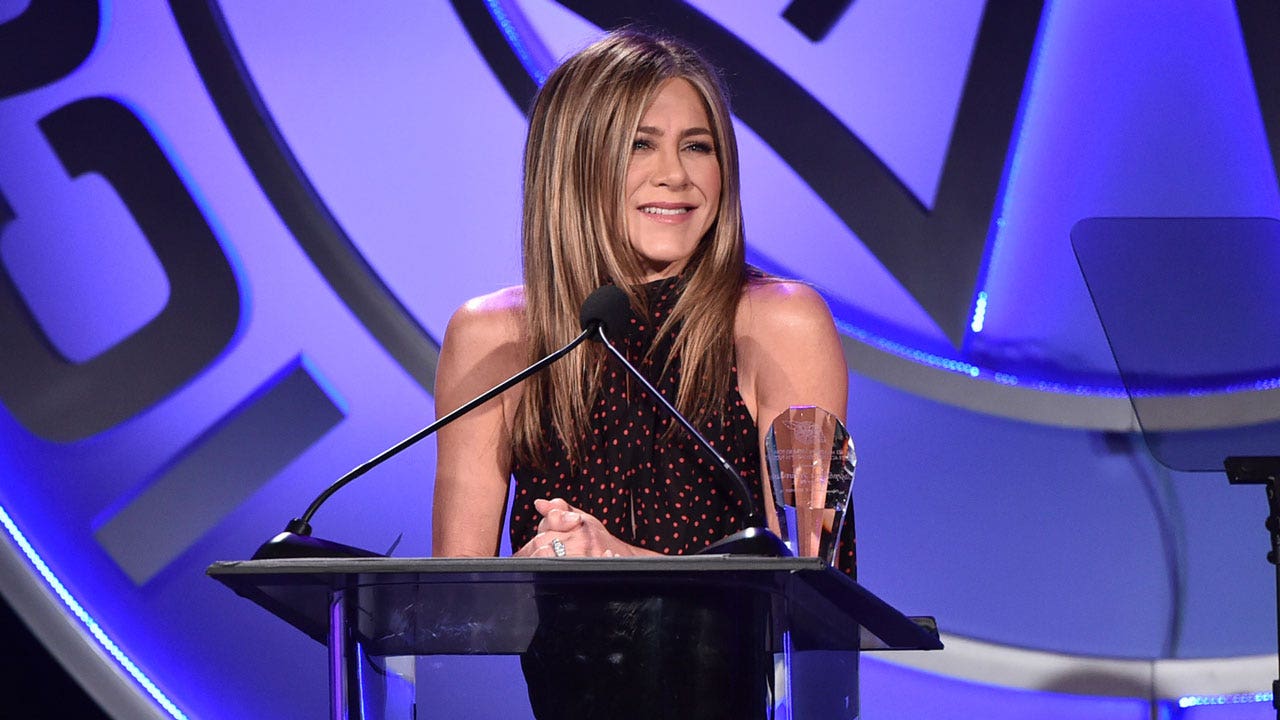 Jennifer Aniston is opening up about her dating life, or lack of.

The “Friends” star, 52, recently confirmed she’s single but is ready to have someone special in her life again.

“I think it’s time,” Aniston told Bruce Bozzi on his SiriusXM show “Lunch with Bruce.” “I think I’m ready to share myself with another [person]. I didn’t want to for a long time, and I loved really, being my own woman without being a part of a couple. I’ve been a part of a couple since I was 20. So there was something really nice about taking the time.”

Aniston was previously married to actor Brad Pitt from 2000 to 2005 and then actor Justin Theroux from 2011 to 2017. She’s also been in relationships with musician John Mayer and actor Vince Vaughn.

The Emmy-winner also highlighted traits she’s looking for in a partner.

“The ease at which the conversation flows the first time, that’s kind of a good indicator, ” she said. “Confidence, but not a cockiness. Humor. Please I beg of you, beg of you. Generous, kind to people. You know, it’s just very few necessities.”

Jennifer Aniston said she’s ‘ready’ to be in a relationship again after divorcing her second husband in 2017.
(Photo by Alberto E. Rodriguez/Getty Images)

While speaking to People TV in early September, Aniston said she’s open to dating someone who is not a public figure.

“Of course,” Aniston told the outlet. “Absolutely. I mean, it’s happened. That’s what I’m sort of hoping for is not necessarily somebody in the industry itself.”

Although in June, Aniston confirmed she would never try online dating. “I’m going to just stick to the normal ways of dating. Having someone ask you out. That’s the way I would prefer it,” she confessed.

“I’m interested in finding a fantastic partner and just living an enjoyable life and having fun with one another. That’s all we should hope for. It doesn’t have to be etched in stone in legal documents,” she added.

Most recently, rumors swirled that Aniston and David Schwimmer were romantically linked in real life, leading Schwimmer’s rep to deny the claims.

The co-stars, who played Rachel Green and Ross Geller in “Friends,” respectively, were a beloved on-screen couple but never took their romance into real life.

“I could not believe that, actually. Like, really? That’s my brother! But I understand it, though,” Aniston told Entertainment Tonight this week. “It just shows you how hopeful people are for fantasies for dreams to come true.”