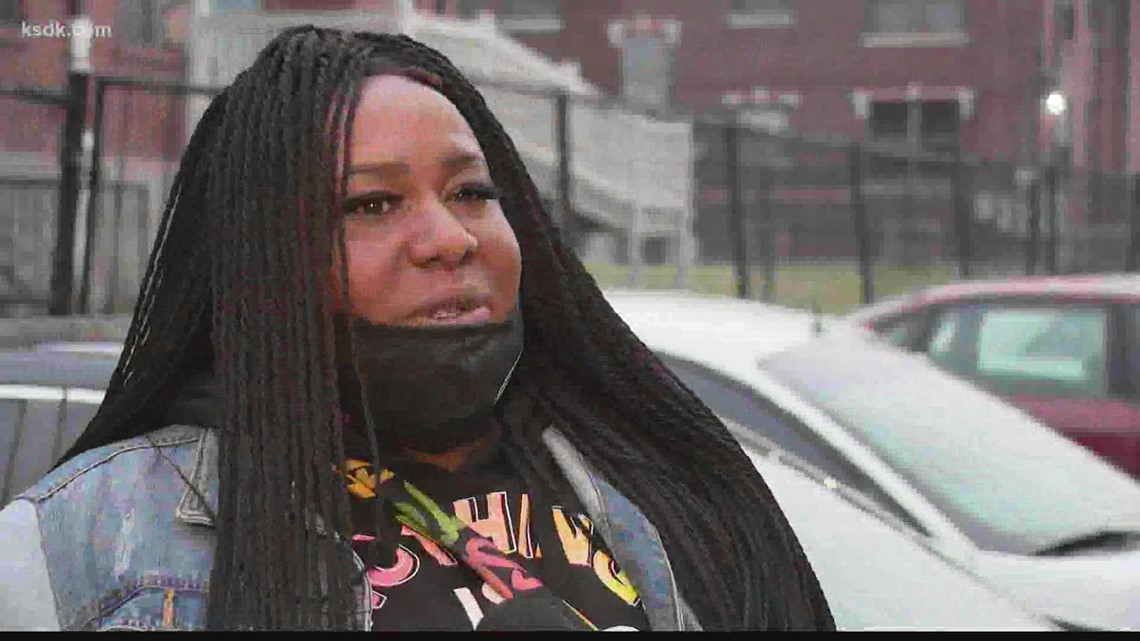 “It’s a six-round. I let the clip loose and fired all six, in fear of my life.”

ST. LOUIS — “I was coming home from choir rehearsal,” said the 37-year-old woman.

Just seconds after she parked her car outside her apartment near Natural Bridge and Goodfellow around 8:30 Monday night, the woman couldn’t believe what happened next.

“The two young boys were passing me and I saw one of them looked back at me, so it kind of put me on alert,” recalled the woman.

She said a boy, police told us is just 13, first asked to use her cell phone.

The woman said he was with an older teen about 16 years old.

“The older young man said ‘So you don’t have a phone?’ I said ‘No, I don’t,’ and he pulled out his gun and he said give me your keys,” said the victim.

The woman said the 13-year-old boy took off with her keys and kept trying to start her car.

She also said that boy kept his hand wrapped in a piece of clothing, as if he had a gun, but never revealed one.

“It looked like he covered his hand in what looked like a sweatshirt or something. My mindset was to keep the other gentleman calm, so therefore he wouldn’t shoot. It was pretty frightening,” she added.

Despite her fears, the woman pulled her black, .38 revolver out of her little, black purse and fired multiple times.

“It’s a six-round. I let the clip loose and fired all six, in fear of my life,” said the woman.

Police found the wounded teen about a block over on Hebert Street.

“I hate that it turned out like that. They’re so young and have so much life ahead of them. But, it’s very upsetting because it’s a tangible thing. It’s a car. My life can never be replaced,” said the woman.

It’s another in a growing list of crimes involving young people.

“We can begin to turn this ship around,” said James Clark, the Director of Public Safety for the Urban League of Metropolitan St. Louis.

“We have a number of programs and efforts that are working. The solutions start in the neighborhood, on the front porch and in the living room. We’ve got to take this upcoming cold season, strategize more plans, direct resources to do more outreach and then we’ve got to prepare for next spring and summer,” said Clark.

“I really do thank the Lord. I’m grateful to be alive,” said the woman who survived the attempted carjacking.

The 13-year-old is now in juvenile custody.

Police are still looking for the other teen.

5 On Your Side’s Robert Townsend reached out to Mayor Tishaura Jones’ office to see what the city is doing to address youth violence.

Wil Pinkney, from the mayor’s office, provided the following statement:

“Keeping our youth safe and engaged is a top priority for the city. St. Louis has partnered with organizations such as the YMCA, Boys & Girls Club, Violence Prevention Commission, and others to provide programs to keep youth engaged. The City will be rolling out more using nearly $4.5 million from the American Rescue Plan Act (ARPA) to further support these efforts and protect our youth.

“In addition, the City engages its Crisis Response Unit, also known as Cops and Clinicians, to deploy licensed community social workers in every instance that a minor is involved or impacted by violence. These combined efforts are part of an essential plan by our administration to protect our region’s youth and families while connecting the right professional to the right call.”