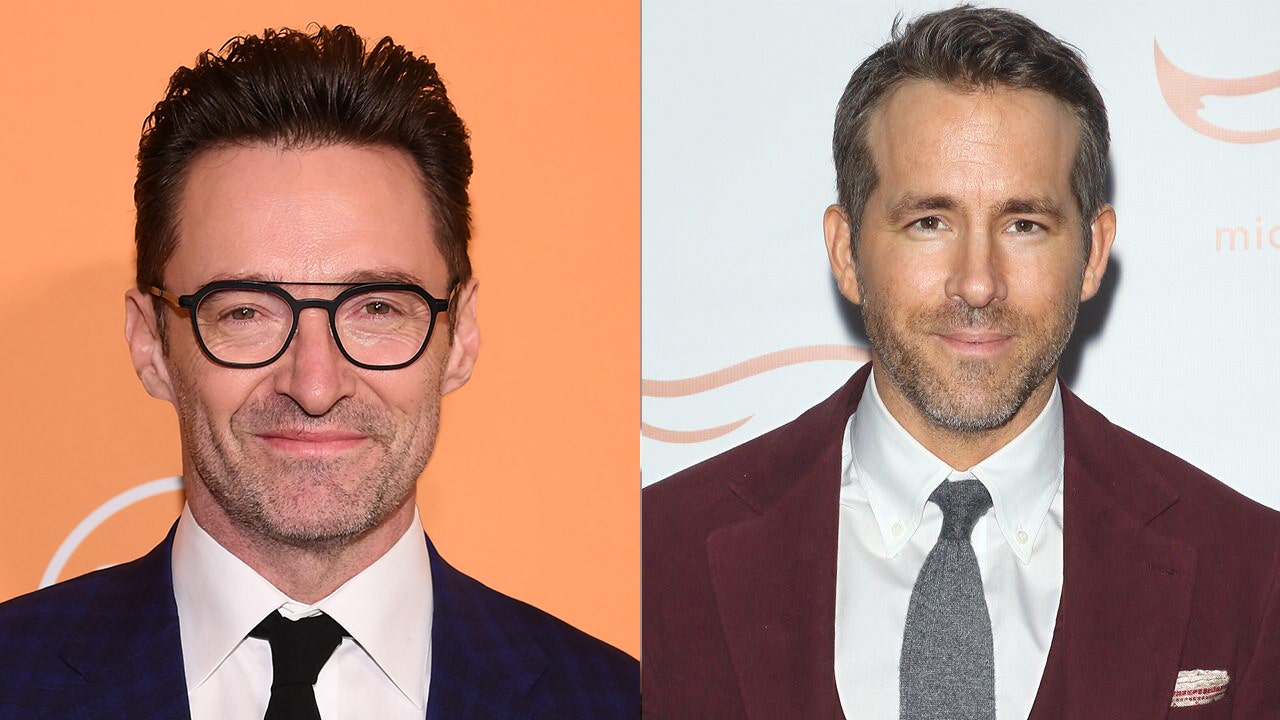 Hugh Jackman praised Blave Lively’s latest business venture on Instagram, but not without throwing a dig at her husband Ryan Reynolds.

Jackman and Reynolds have endured many lighthearted bouts as public adversaries on social media in a feud that has gone on for years now, with its premise having to do with the latter performer desperately trying to convince the “X-Men” franchise star to join him in an upcoming “Deadpool” project.

“We love every flavor, some of us even like it with a little nip added. But more importantly, we love the woman who created it, Blake Lively. You are a one-of-a-kind, Blake,” Jackman said in an Instagram video he posted in support of Lively’s new line of non-alcoholic sparkling mixers, Betty Buzz.

“You are just fun. You are creative. You are sunshine seven days a week. And you’re a saint for marrying the man. Sorry, not sorry.”

HUGH JACKMAN ON CONSTANTLY TROLLING RYAN REYNOLDS: ‘IT SHOULD BE A SPORT’

Hugh Jackman, left, opened up to Fox News about his longtime love of trolling Ryan Reynolds, adding that do so ‘should be an Olympic sport.’

“This wasn’t part of the deal when I bought this video on Cameo,” Reynolds jokingly responded in the comments.

Lively also joined in on the fun.

“@thehughjackman I think we can all agree @vancityreynolds’ best trait is you, me and Deb [Jackman’s wife]” she wrote in her Instagram stories.

Jackman previously explained the feud began when he met Reynolds on the set of “X-Men Origins: Wolverine.” At the time, Reynolds had just married Jackman’s friend, Scarlett Johansson.

“I met him back on ‘Wolverine,’ and I used to ream him because I was very close friends with Scarlett [Johansson], and Scarlett had just married Ryan, so when he came on set I was like, ‘Hey, you better be on your best behavior here, pal, because I’m watching,’” Jackman explained in April 2020.