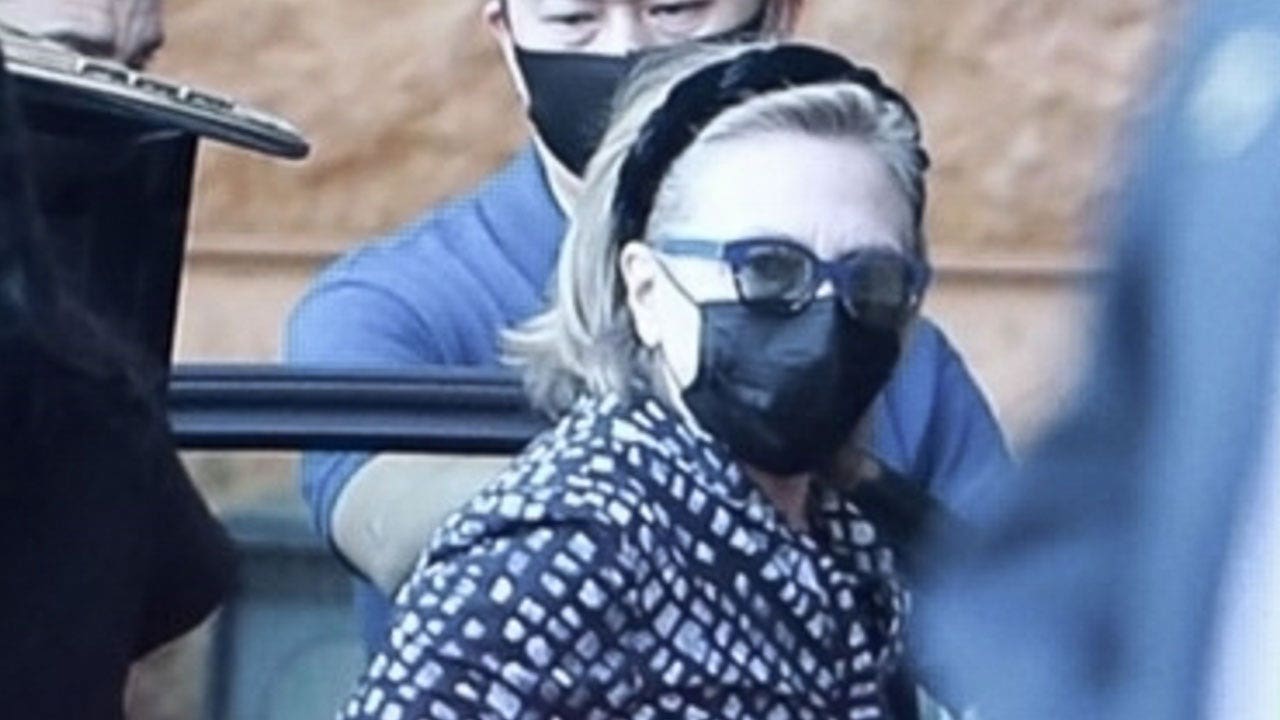 The mother-daughter duo was seen entering the medical center with an entourage of people.

Clinton is expected to be released from the hospital soon.

The former president stayed in the hospital overnight Friday as he continued treatment for his infection.

Hillary Clinton is seen arriving to the UC Irvine Medical Center on Saturday. Former President Bill Clinton has been recovering at the medical center after being diagnosed with a urological sepsis infection.
(WCP,4CNRS / BACKGRID)

“President Clinton is continuing to receive treatment for an infection at UC Irvine Medical Center,” Clinton spokesman Angel Urena tweeted Friday evening. “All health indicators are trending in the right direction, including his white blood count which has decreased significantly. In order to receive further IV antibiotics,  he will remain in the hospital overnight.”

President Joe Biden told reporters Friday that he had spoken with Clinton.

“Well, I wanted to see how he was doing, and because I’ve been trying to get a hold of him, and he’s doing fine, he really is,” Biden told reporters in Connecticut. “And he’s going to be released from the hospital, and we talked about, which we were going to do before, getting together.”

Clinton was originally admitted to the hospital on Tuesday after feeling fatigued. The former president had been in Southern California for events related to the Clinton Foundation, according to the Los Angeles Times.