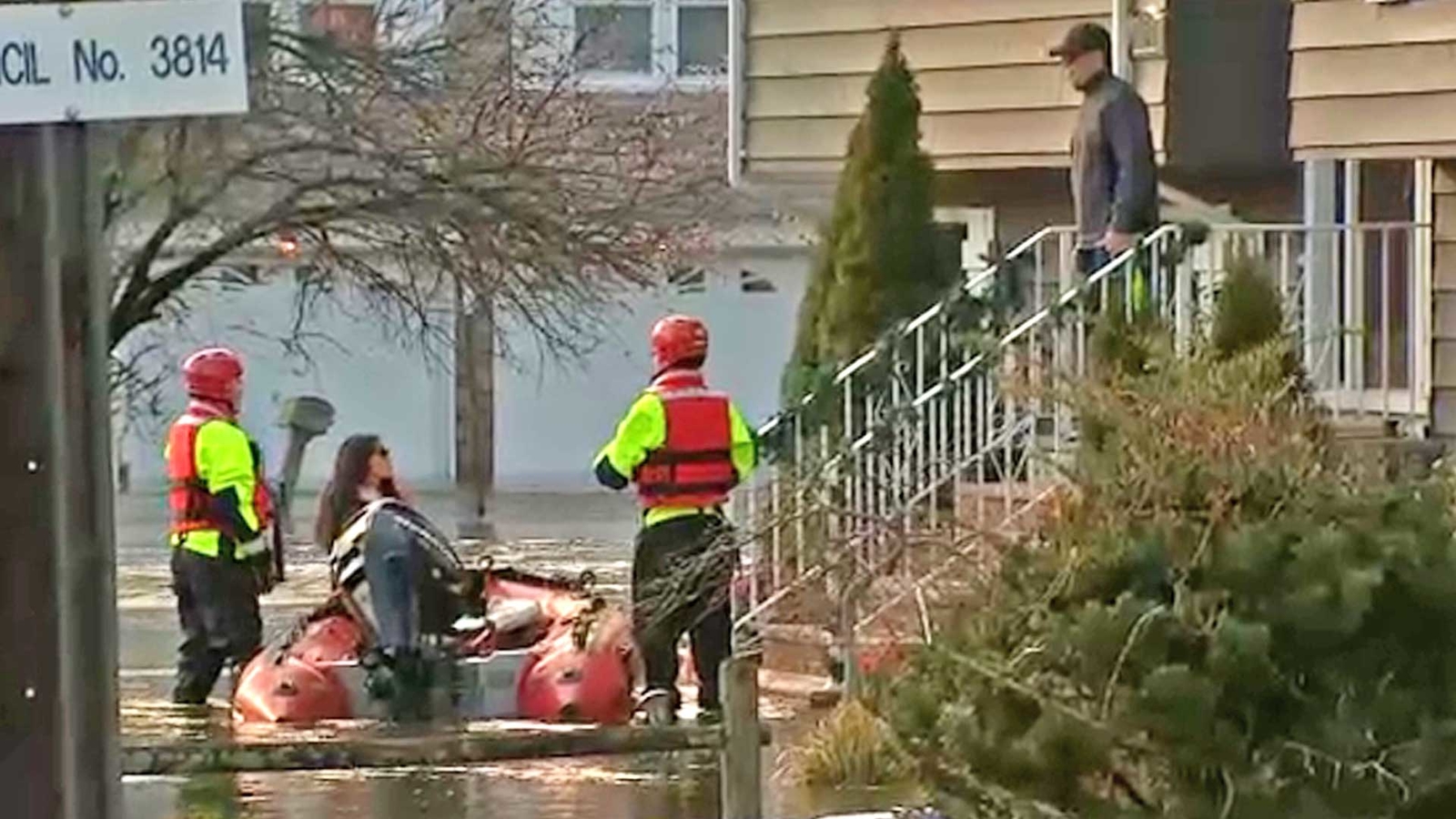 NEW JERSEY (WABC) — Flooding after a night of heavy rain across the Tri-State region has prompted rescues and evacuations in a number of communities.

Residents were being evacuated Friday morning in New Milford, Bergen County, where the Hackensack River was cresting.

About 14 people had to be rescued from their homes by police.

As bad as it appeared today, they said they have seen much worse. This was the same area impacted by Hurricane Ida in September 2021.

Still, Eyewitness News’ Derick Waller spoke by phone to a resident whose house was surrounded by water and said he never expected the river to rise so rapidly.

🚨 Flooding evacuations in New Jersey: I just interviewed a man in person, but over the phone, because he’s stuck on his porch. The yard is flooded for the second time in less than a year. He says it’s time to move. @abc7NY pic.twitter.com/vlfW95LE91

High tide is around 2 p.m. Friday, so they expect more flooding later.

Firefighters say there is also flooding in Oradell, north of New Milford.

According to NJ Transit, “The access roads in and out of our Oradell Bus Garage flooded, preventing the buses from starting their routes. We have utilized buses from other garages to cover as many of the trips as possible.”

And in Lodi, police reported localized flooding on Main Street between Union Street and Kennedy Drive and near the Passaic Avenue Bridge.

Around 300 diners at Bottagra restaurant on Wagaraw Road were trapped by rapidly rising waters just after 10 p.m. and helped out by rescuers.

“You are talking about two feet high of water,” said Gino Baglieri, a worker at the restaurant.

In nearby Paterson, firefighters were kept busy with flooding from the Passaic River, including helping workers trapped in a building at 85 5th Avenue.

Flooding was also reported north of the New Jersey state line in New York, where a driver was rescued from a car stranded at South Pascack Road and Grotke Road.

Overnight —- South Pascack Rd. and Grotke Rd is closed due to flooding. This vehicle was stranded in the middle of the water. The occupant was safely evacuated. pic.twitter.com/gLH5txd1QD