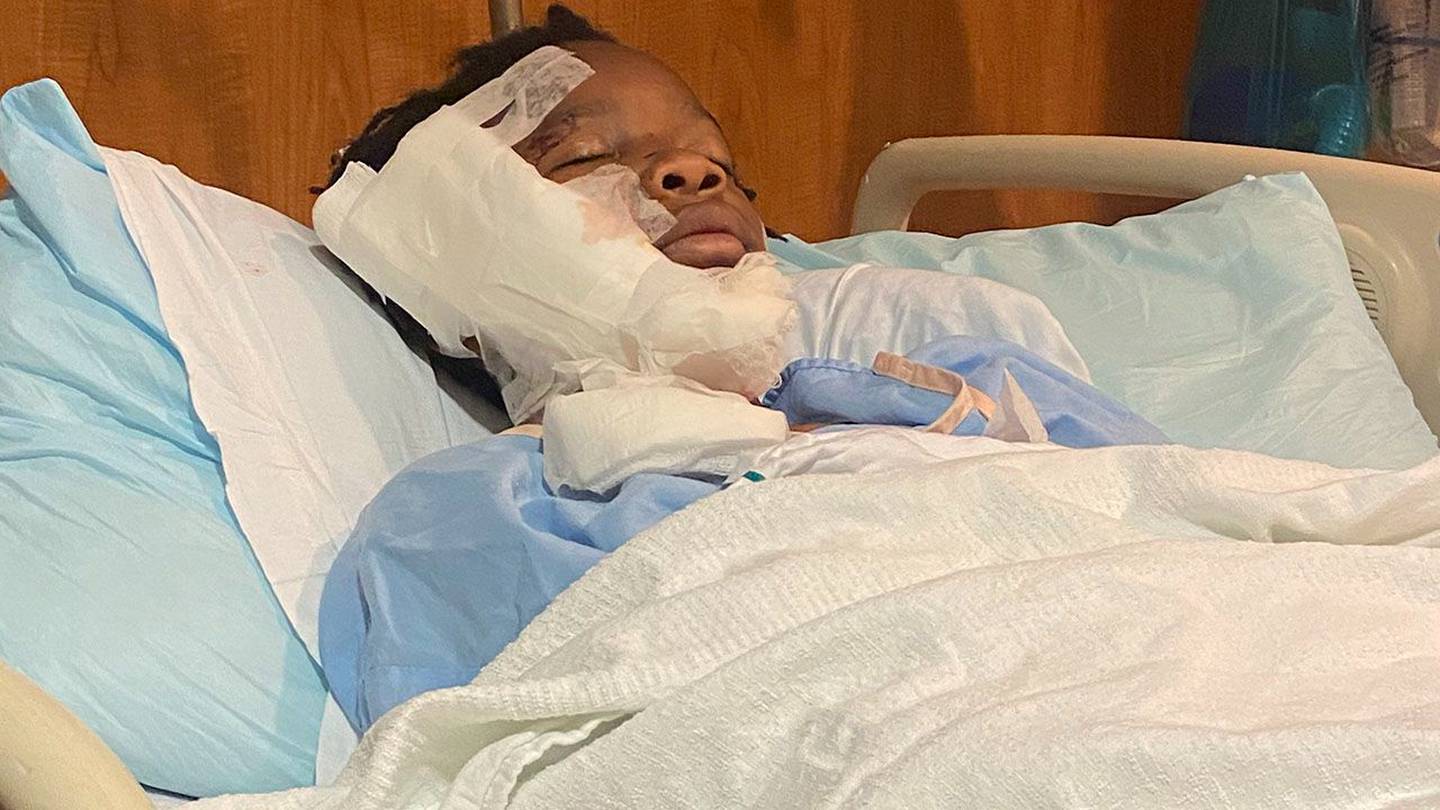 CHARLOTTE — A young boy spent hours in surgery on Thursday, the day after he was viscously attacked by a dog in east Charlotte.

Jeanetta and Eddie Blackmon said some neighbors invited their 10-year-old son, Keyan’te, to pet a pit bull at a home on Grandview Ridge, near Albemarle Road. Once the dog became aggressive, the Blackmons said Keyan’te tried to run away, but the animal’s chain was too long.

“The dog was able to grab him,” said Jeanetta Blackmon. “It was about a four-minute attack, but he fought him off.”

Using his backpack as a weapon, Jeanetta said Keyan’te finally got away, but the dog had bitten his face badly.

“We’re hoping they can just repair his face and he still has all of his senses,” said Jeanetta Blackmon.

The parents do not believe all pit bulls are dangerous but they don’t want this particular dog to hurt anybody else. They are trying to support their son as best they can.

“He is still up in spirits. He’s still wanting to do the same activities as he was doing before this,” said Eddie Blackmon. “It hasn’t gotten him down, so I am very proud of my son.”

Channel 9 learned that the owner of the pit bull surrendered the dog to Animal Control, where it will be quarantined for 10 days. It’s unclear if the owner will also face charges.