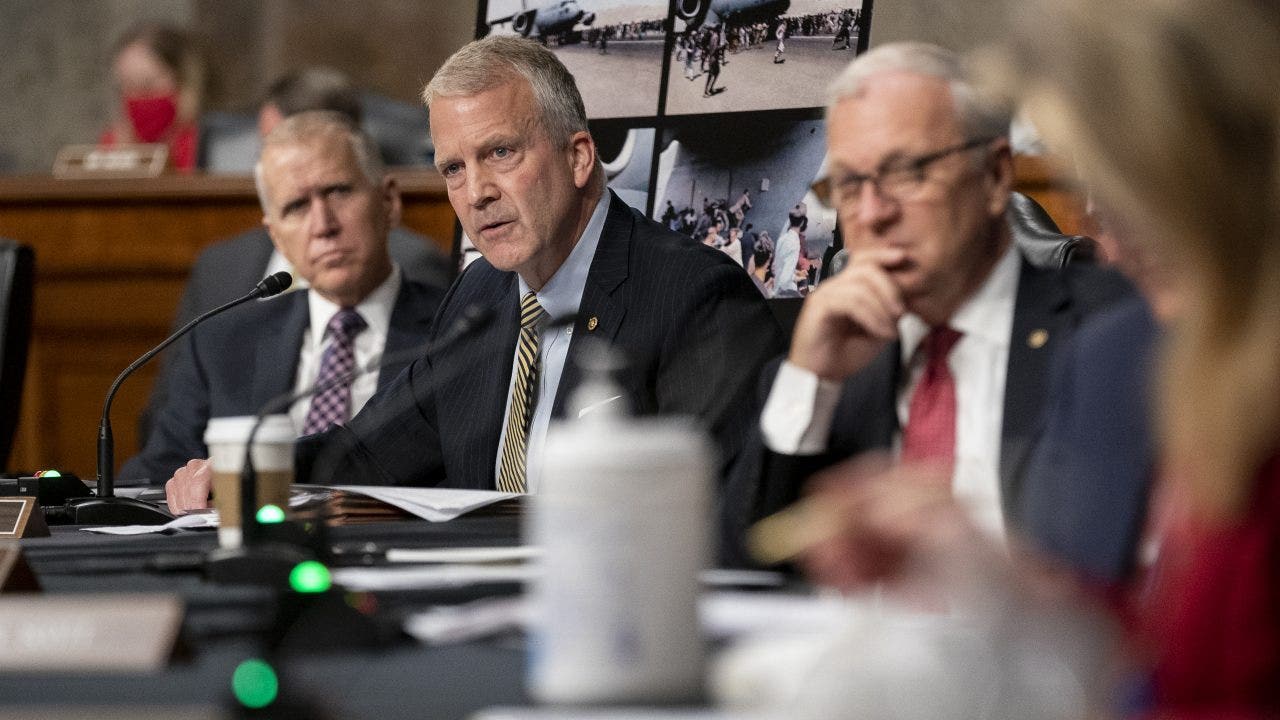 Senate Republicans blasted Sen. Majority Leader Chuck Schumer Tuesday for his failure to bring the $768 billion National Defense Authorization Act (NDAA) to the floor for a vote, calling it a “dereliction of duty.”

“Chuck Schumer won’t bring up the NDAA – bipartisan bill – won’t bring it to the floor,” Sen. Dan Sullivan, R-Alaska, said during a GOP press conference. “The military in this White House and this Congress is simply not prioritized.”

CHINA SAYS ITS AN ‘IMAGINARY ENEMY’ OF US, CLAIMS HYPERSONIC MISSILE TEST WAS ‘ROUTINE’

The group of Republican senators expressed concern regarding China’s recent hypersonic missile test and argued there is an immediate need to ensure the Pentagon’s funding remains intact.

The high-speed missile launched on July 27 is capable of evading U.S. defense systems by orbiting the Earth and prompted Chairman of the Joint Chiefs of Staff Gen. Mark Milley to express “great concern.”

Sen. Kevin Cramer, a Republican from North Dakota, speaks with members of the media while arriving for a vote at the U.S. Capitol in Washington, D.C., on Tuesday, July 27, 2021.
(Photographer: Al Drago/Bloomberg via Getty Images)

“We’re the deterrent in the free world and we need to be about the business of getting this NDAA on the floor,” he added. “To make sure the world knows that the United States of America is still prepared to be the number one superpower in the world – not to win wars but mainly to defend and to maintain peace.”

REP. CHIP ROY GIVES ULTIMATUM TO GOP TO VOTE NO ON NDAA UNLESS ‘DAUGHTER DRAFT’ IS REMOVED FROM LEGISLATION

Some amongst the group of GOP senators accused Schumer of prioritizing Biden’s multi-trillion infrastructure and social spending reconciliation package over the defense spending bill.

Though others, like Sullivan, suggested the refusal to bring the NDAA to the Senate floor was a reflection on the current Democratic leadership’s roots in the “anti-military Vietnam era.”

Fox News could not reach Schumer’s officer for comment.

The House passed its version of the NDAA in September.

On Sept. 22, Sens. Jack Reed, D-R.I., and Jim Inhofe, R-Okla., introduced NDAA legislation in the Senate where it has sat since.

“When asked the question ‘Qhy are we not getting floor time?’ There’s not an answer,” Inhofe told reporters Tuesday.

“In the years that I’ve been here I’ve never worked closer with a Democrat than Reed,” Inhofe continued. “He has told me on a daily basis he approaches his leader and he’s not been successful in getting it done. He’s done everything that he can do and he did not come back with a reason that this postponement has taken place.”

Fox News could not immediately reach Reed for comment.