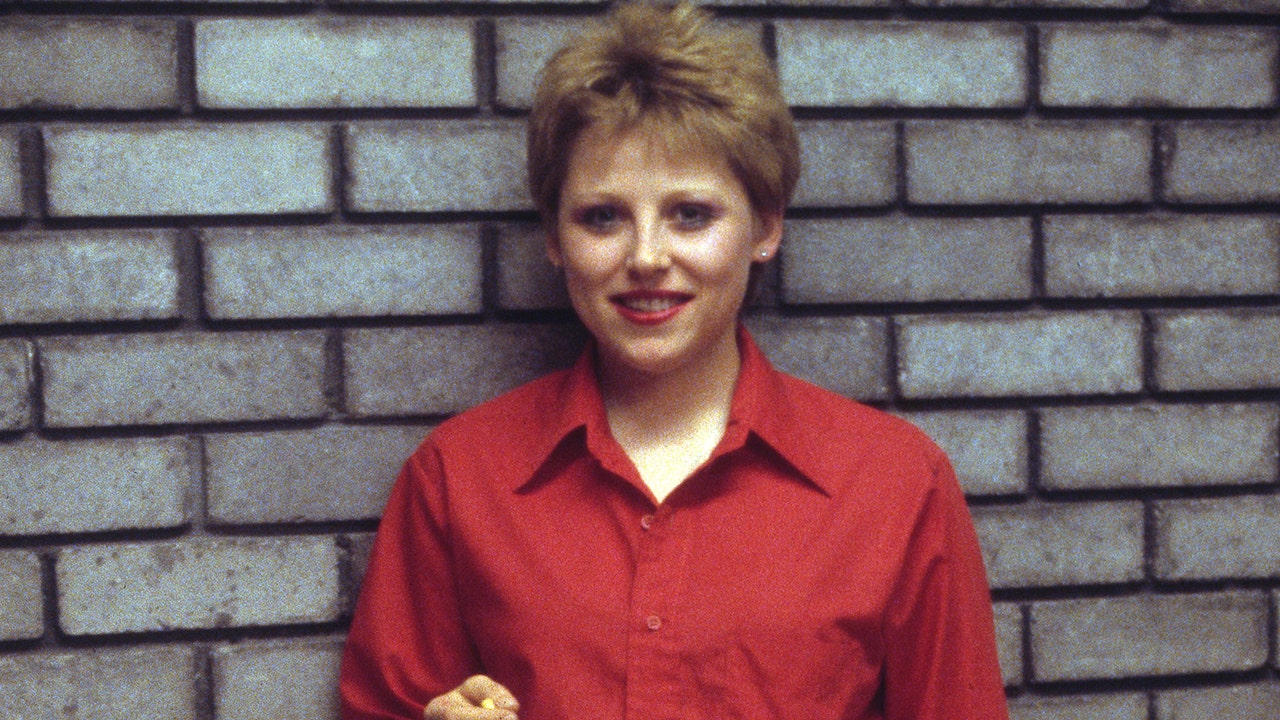 Gina Schock has plenty of reasons to celebrate these days.

The drummer will join the rest of her bandmates from The Go-Go’s to be inducted into the Rock & Roll Hall of Fame on Saturday. The group will lead a class that also includes Jay-Z, Foo Fighters, Tina Turner, Carol King and Todd Rundgren.

As an all-female band that played their own instruments, The Go-Go’s were a relative rarity in the early ‘80s. Born from Los Angeles’ punk rock scene, they had a string of melodic hits that included “We Got the Beat,” “Our Lips Are Sealed” and “Vacation,” among others.

The 64-year-old has also written a new book, titled “Made in Hollywood,” which is more of a collection of her most-treasured photos and mementos that she acquired behind the scenes over the years. She called it a love letter for both the band and their fans.

THE DOORS’ JIM MORRISON HAD ‘A FASCINATION WITH DEATH’ BEFORE PASSING AWAY AT 27, BANDMATE ROBBY KRIEGER SAYS

Schock spoke to Fox News about being inducted this year, how she initially coped with the band’s breakup, and the one song that truly shocked her along the way.

Fox News: Drew Barrymore is going to be introducing The Go-Go’s at the Rock & Roll Hall of Fame. How does that feel?
Gina Schock: It’s so cool because Drew’s been a fan of this band since she was a kid. I remember when she was probably 10 or 11 years old and she was coming to our shows. We would hang out with her backstage. It makes sense. I’m happy she’s inducting us.

On Saturday, The Go-Go’s will be inducted into the Rock &amp; Roll Hall of Fame.
(Gina Schock)

Fox News: And how does it feel for the band to be finally inducted?
Schock: It’s a little bittersweet. Every year, we always thought that we would get nominated. Every year it felt that way and time just kept passing. It finally got to the point where we were like, “To hell with it, we don’t care, our accomplishments are enough.”

But then when it happened, it just felt so cool and exciting. We’ve been waiting for this. It just feels like icing on a cake. We’re finally going to be recognized and get this respect. So we’re all excited that it’s finally happening. Better late than never.

Fox News: You also have your new book. Fans will be surprised to find a telegram from Paul Reubens of all people.
Schock: I remember when Paul was new on the scene. I always thought he was a brilliant comedian even before Pee-Wee. We just loved him. We even had him come out and open for us on weekends in L.A.

Gina Schock has a new book out titled “Made in Hollywood.”
(Gina )

I remember the audience used to be like, “What the hell is this?” But of course, Paul, being the brilliant guy that he is, knew exactly how to handle things. We’ve been in touch over the years. He’s a dear friend. So when I knew this book was happening, he was one of the few people that I wanted to write a little essay or something for us. He’s a part of our history. Paul was rooting for us way back when. And we did the same for him.

Fox News: Looking back, when did you first realize that The Go-Go’s had made it?
Schock: When we first heard our music on the radio here in LA. There was a feeling of “Oh my God, it’s happening. This is legit.” That’s when it truly felt real for us. It was happening.

Fox News: The Go-Go’s opened for the Rolling Stones. What was that like?
Schock: What a privilege, right? I remember we were on tour and got word that the Stones were interested in having us open for them. And of course, we immediately said yes. So we postponed a couple of our shows to do it. I remember we had to perform in a venue that was a 10,000 seater. For the Stones, that’s small. But we came out of gigs for clubs. So it was a huge deal for us.

The Go-Go’s weren’t prepared for worldwide fame that awaited them as a band.
(Gina Schock)

I remember we got to meet them personally and they were all lovely gentlemen. Charlie Watts, especially. I idolized him growing up – still do. I got to be on Charlie’s drum kit. I made friends with his drum tech immediately. It was all such a thrill. Even talking about it now gets me excited. And Charlie, what an absolute gentleman. He was always dressed beautifully and so poised. He was everything I thought he would be and more. And when he played the drums, it was perfection.

Fox News: What about David Bowie? What was he like?
Schock: Another gentleman. I met him in 1980. We were playing at The Ritz in New York. This might have even been before we got our first record deal. I remember John Lennon and Yoko Ono showed up. That was such a thrill. And it’s so horrible because it was only a couple of months later that John was murdered.

But yes on that night, I got to meet Bowie and his assistant. He was so gracious and sweet – really a nice guy. Pete Townsend was a nice fellow but he was out of it at that time. He had his arms draped down a girl on each side of him. I was just surrounded by rock royalty.

Gina Schock recalled what it was like meeting some of the most iconic names in music.
(Gina Schock)

Fox News: When it comes to The Go-Go’s, which song did you initially think wouldn’t do well, but it turned out to be a massive hit?
Schock: “We Got the Beat.” It wasn’t much of a song. It was just about a drum beat and not much else. Who would have thought it would become the best-selling song from our entire catalog? *laughs*. But that goes to show you, drums are important. They do make a difference and that drumbeat makes the song. I honestly didn’t think it would do that well. But clearly, I was wrong.

Fox News: Where did the inspiration for “Vacation” come from?
Schock: That was a song Kathy [Valentine] wrote before she joined The Go-Go’s. She wrote that song for another band she joined. She held on to it. I remember we were getting ready to do the second record, which was rushed because we just finished touring for the first record and then went right into the studio. We didn’t take any time off. So I remember we went to the studio and Kathy just pulled that song out. I think a little adjustment was made. And that was it, that song became a single. And then a huge hit.

Fox News: How did you cope with all the fame and attention the band received?
Schock: There’s no guidebook. You’re just dropped into this world, you know? But we were all young and experiencing the same thing. But things were just coming so fast and furious. We were so busy being in the middle of it that we didn’t have the time to sit down and just process what was going on. But looking back at it now, it was just an incredible time. All the stars were aligned and it just worked out for us.

Gina Schock said there was one song she didn’t initially believe would do so well.
(Gina Schock)

… But despite all the success, my greatest accomplishment, my greatest mark on this Earth, is inspiring other women to pick up an instrument and become a musician. I want them to know that you can do it. You’re going to get a million nos. But you just need to stay straight on that path, your dream. Because anything is possible. I came from a very blue-collar, working-class neighborhood. I had this dream and nothing was going to get in my way. I was determined to get out of Baltimore. I was going either to LA or New York and make it happen. I really believed that. And crazy enough, it happened.

Fox News: How did you feel when the band initially broke up? Did you know what you wanted to do next?
Schock: No, no. I was knocked out. I didn’t know that was going to go down like that. And when it did, it knocked me off my feet. I was just so unaware that that was going to happen, you know? So when it did, I was angry with Belinda [Carlisle] and Charlotte [Caffey] and the way they did it.

Kathy and I walked into our manager’s office and then we were told the band had broken up. Plain and simple. Charlotte had just gotten out of rehab, she was clean and sober. We were working on new material. We’ve got this girl, Paula Jean, we did the Rock in Rio festival – everything was working out beautifully. We were going to put out another record together. And then out of the blue, this happened.

I wasn’t sure what I was going to do. But one thing I felt quite sure about was that I wasn’t going to be a studio drummer because that doesn’t appeal to me. I’m not that disciplined. I like being in a band. I like working with other people and becoming buddies with them.

So I decided that I was going to put my band together and get my own record deal. And it worked out really well. I found my path. And I think it gave me even more faith in myself that I could do this. Life is going to throw curveballs, always. But you’ve got to be pushing and pushing. And hard work means something. I knew I had the talent to continue doing what I loved.

RON HOWARD REVEALS WHY ANXIETY OVER ‘HAPPY DAYS’ CHARACTER FONZIE LED TO HAIR LOSS: ‘I KEPT EVERYTHING INSIDE’

In 2020, The Go-Go’s released their first new recording in nearly 20 years.
(Gina Schock)

I co-founded a band called House of Schock with a guy name Vance DeGeneres. And it turned out he had this younger sister from New Orleans who would visit him frequently – Ellen. She would come to the studio and hang out with us while we were working on the record. One day she said to me, “If I ever make a lot of money, will you sell me your house?” Jesus Christ, she could buy several blocks if she wanted to now!

Fox News: How are things with you and the rest of The Go-Go’s now?
Schock: It’s great. We’ve been playing together over the years. We probably tour maybe six weeks out of the year. We just don’t go on tour for months and months because everybody’s got lives. We’ve paid our dues so we now do what feels comfortable for all of us. But we still love to play together. At first, we thought it would just be a once in a while thing for the fans. But the more we did it, the more it just felt right. It’s been a journey. And it’s still going.