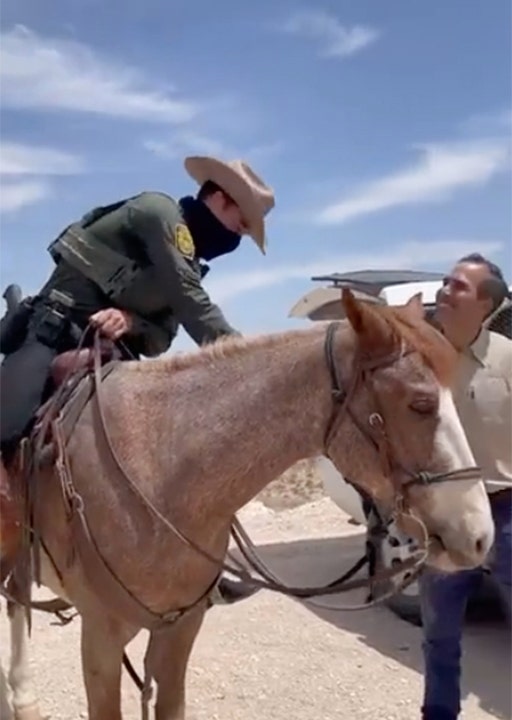 Bush traveled to the southern border on Saturday amid the illegal immigration crisis plaguing the Biden administration.

While at the border, Bush met with horseback Border Patrol agents and pushed back on the White House’s “whipping” narrative that has resulted in Del Rio agents having to bench their horses.

“It’s split reins that help give the agents additional control over the horse that they are using as a tool-not a weapon,” Bush tweeted on Saturday. “They’re certainly not whips, as [President] Biden and [Vice President Kamala Harris] want us to believe.”

Bush followed up the tweet with another blasting the president for stripping away “yet another tool from our men [and] women protecting this country” following “false outrage over a misinterpreted photo.”

“Enough is enough,” Bush wrote. “Stop attacking our border patrol [and] give them the resources necessary to secure the border instead of setting them up for failure.”

Bush has been active in pushing back against the Biden administration’s border policies, such as joining the Texas Defense Task Force in July in suing Biden and Homeland Security Secretary Alejandro Mayorkas “on grounds of illegally preventing the border wall from being constructed.”

Neither the White House nor the vice president’s offices immediately responded to Fox News’ request for comment.