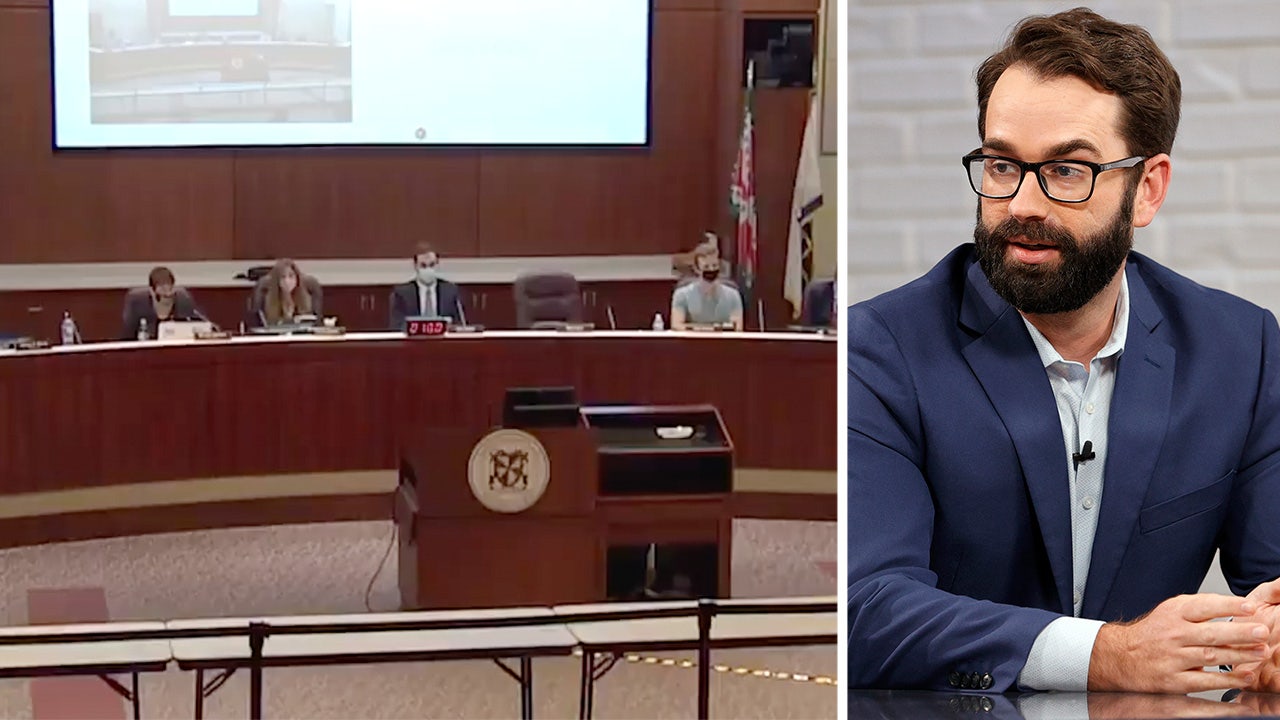 Conservative political commentator Matt Walsh excoriated the Loudoun County school board during their weekly meeting Tuesday for their gender ideology and accused them of being predators.

“They only give you 60 seconds to speak, they won’t show the speakers on the livestream, they make you wear a mask, and all of that after requiring ID and proof of residence to enter,” tweeted Walsh, who is renting a room from a Virginia resident for one dollar to comply with the school board’s demand that all speakers be residents. “They put up every obstacle they could but I still said my piece.”

“I would thank you all for allowing me to speak to you tonight, but you choose not to allow it, yet here I am,” Walsh said during his hurried remarks to the school board. “Now you only give us 60 seconds, so let me get to the point. You are all child abusers. You prey upon impressionable children and indoctrinate them into your insane ideological cult, a cult which holds many fanatical views, but none so deranged as the idea that boys are girls and girls are boys.

“By imposing this vile nonsense on students to the point even of forcing young girls to share locker rooms with boys, you deprive these kids of safety and privacy and something more fundamental, too, which is truth. If education is not grounded in truth, then it is worthless. Worse, it is poison. You are poison. You are predators.”

Walsh alleged the school board attempted to make it difficult for speakers to voice their opinions at the meeting because they know their views are “indefensible.”

A spokesperson for the Loudoun County school board declined to comment regarding Walsh’s appearance.

In August, the school board passed a measure mandating that teachers and staff refer to students by their preferred pronouns and that students are allowed to choose bathrooms, locker rooms and sports teams based on their gender identity.

The measure followed an Aug. 30 ruling from the Virginia Supreme Court, which ruled Loudoun County Public Schools failed to prove a lower court abused its discretion by ordering Loudoun County teacher Tanner Cross reinstated after he was placed on administrative leave in May for criticizing a proposed transgender policy.

Citing his religion, Cross gave a viral speech at the May school board meeting asserting his belief that referring to students with pronouns that do not correspond with their biological sex is “lying to a child, it’s abuse to a child, and it’s sinning against our God.”