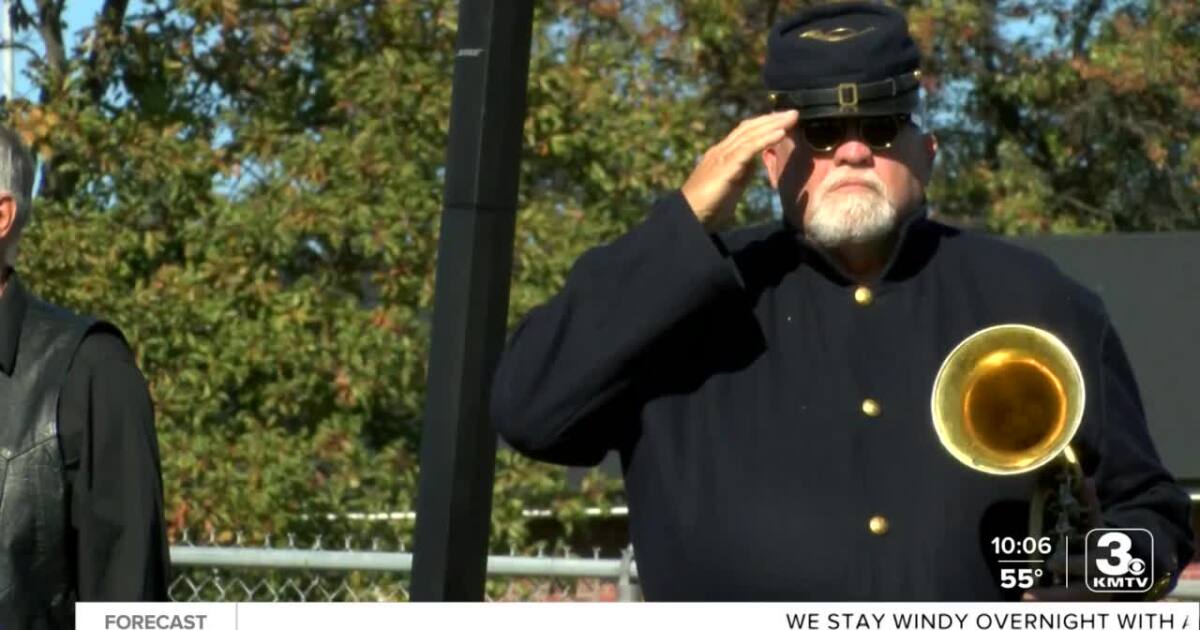 PLATTSMOUTH, Neb. (KMTV) — Born in Ohio, Benton C. Kinkead fought in the Union Army during the Civil War, participating in iconic events like the Battle of Shiloh. During the War, he got shot, injured and captured.

“He returned to Marietta, Ohio,” American Legion Post 56 member Michael Pauly said. “And in 1864, and by 1871, had met and married his wife, Cynthia. Cynthia Vest.”

Kinkead and his wife had two daughters and moved to Plattsmouth.

“He had a career in house painting, his wife died and suddenly, in 1910, he immigrated to Seattle to live with his grown children and by 1916 had succumbed to low-bar pneumonia,” Pauly said.

For reasons unknown to anyone his cremated remains stayed in Washington at a funeral home. They were never collected or sent back to Plattsmouth for burial since his wife was laid to rest at Oak Hill Cemetery.

“It wasn’t until the Missing in America group found his ashes, found out the resting place for his wife, and they returned the ashes here to Plattsmouth,” Pauly said.

American Legion members like Pauly and Kermit Reisdorph felt compelled to honor a hero who was dedicated to keeping this nation together.

“When his remains showed up here after 105 years of sitting on a shelf, as veterans, we felt compelled to find a final resting place for him,” Pauly said.

For Pauly this procession gives us a telescope into our own history.

“History doesn’t stop or begin with one particular person, it’s only a benchmark of where we are, and we can look at these benchmarks and judge who we become based on where those benchmarks are,” Pauly said.

Reisdorph feels a proper burial for Kinkead is the least a community can do to say “thank you” and to finally “rest in peace.”

“Makes me feel full gratitude that he is buried, not only as a veteran, but he’s actually reunited with his wife after 111 years,” Reisdorph said.

Here is a link to the Missing in America project.

Download our apps today for all of our latest coverage.

Get the latest news and weather delivered straight to your inbox.