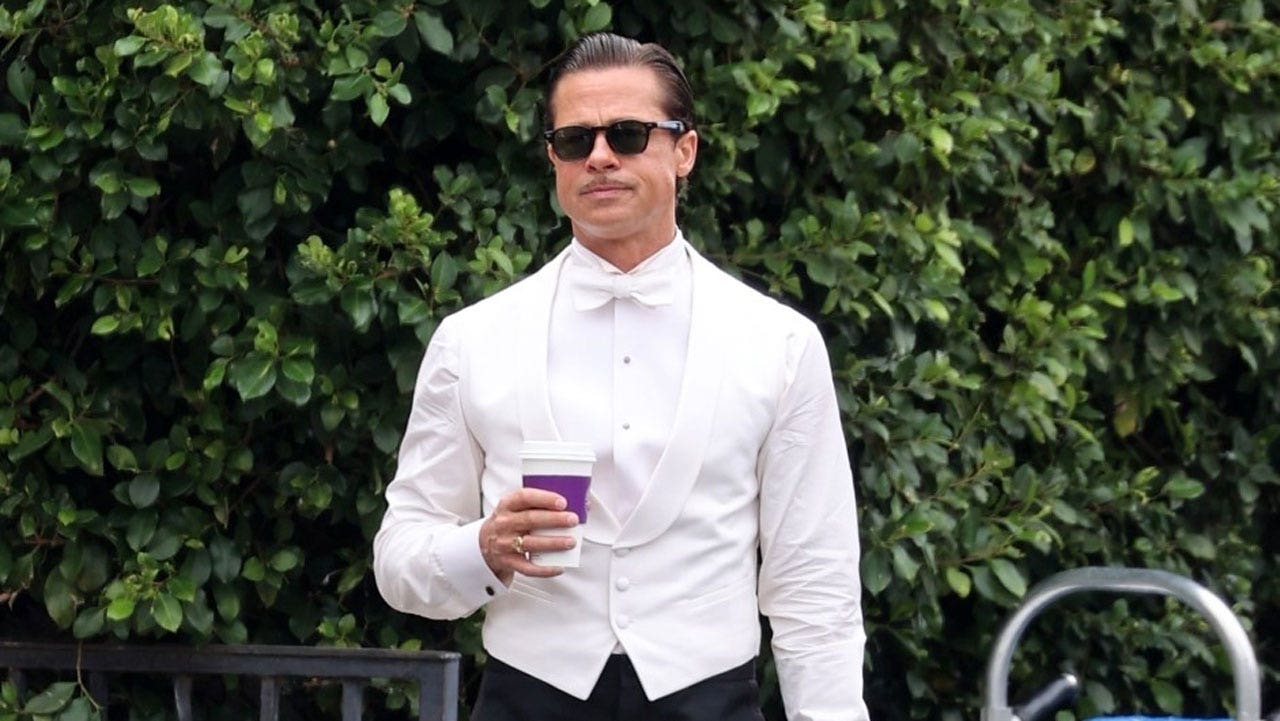 Brad Pitt was spotted looking dapper recently while on the set of his upcoming film, “Babylon.”

The 57-year-old actor was dressed to the nines in a suit, minus a jacket. Pitt accessorized his look with a pair of black sunglasses.

Pitt has been working alongside co-star Margot Robbie, who recently looked unrecognizable on set. The two previously starred alongside each other in “Once Upon a Time in Hollywood,” which was released in 2019.

“Babylon” was written by Damien Chazelle and is set in the 1920s-era of the Hollywood industry. Chazelle previously won an Academy Award for “La La Land.”

Brad Pitt filming sips on a coffee as he gets back to work on his latest film ‘Babylon.’ Brad looked dapper in a tuxedo outfit for today’s scenes. Pitt stepped out briefly while filming an interior party scene for which he was dressed to the nines.
(Rachpoot / Clint Brewer Photography / BACKGRID)

Pitt has been working on the film while he and his estranged wife Angelina Jolie have been locked in a court battle.

Meanwhile, Jolie is reportedly “warming” towards The Weeknd, whose real name is Abel Tesfaye.

“Both Angie and Abel are telling people that they are just friends, but those who know them think something romantic is going on,” a source told Us Weekly.

“She’s definitely warming toward Abel,” the insider added. “He’s been pouring on the charm and going out of his way to impress her.”

Other reports claim the two are just friends.

Jolie and The Weeknd were first spotted together enjoying a meal at Giorgio Baldi in July. The two were spotted at the same restaurant two months later.