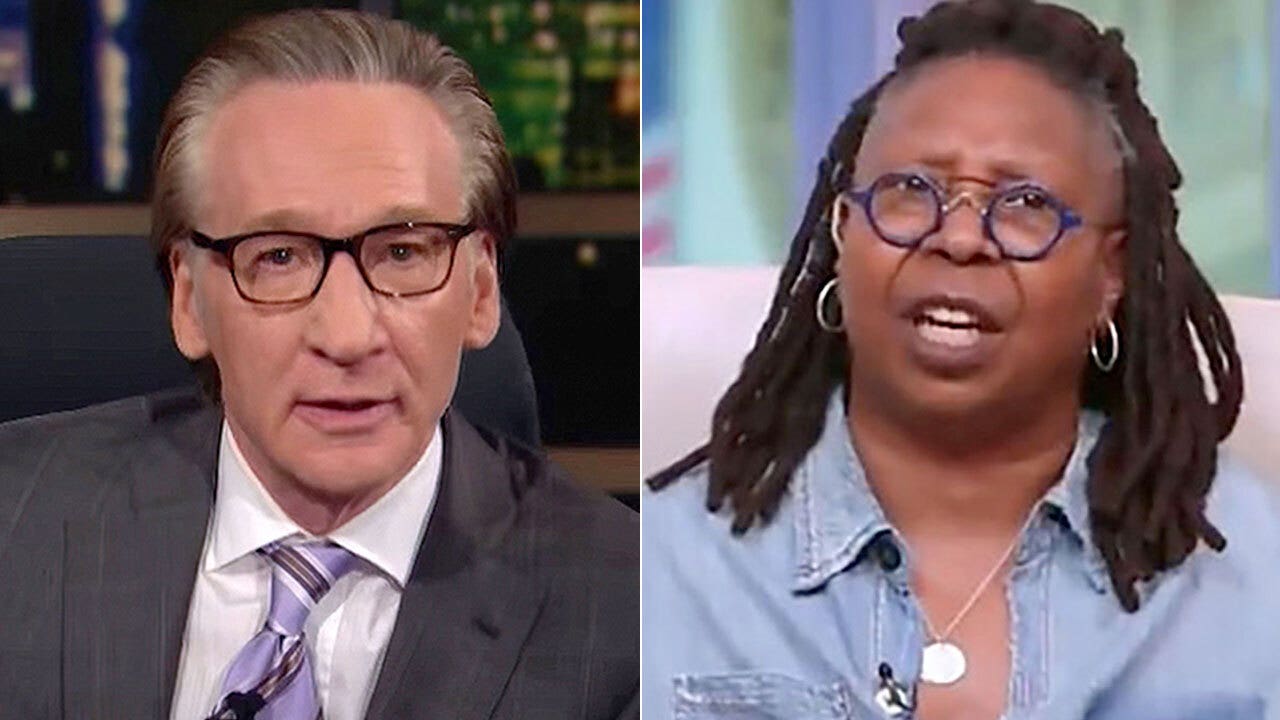 “Real Time” host Bill Maher doubled down on his opposition to the Black national anthem and offered a scathing response to “The View” co-host Whoopi Goldberg, who criticized his argument.

Earlier this month, Maher slammed the NFL for its inclusion of “Lift Every Voice and Sing,” suggesting that while he’s open to a new anthem for the U.S., playing the Black national anthem alongside “The Star-Spangled Banner” at each football game is “segregation … under a different name.”

WHOOPI GOLDBERG KNOCKS BILL MAHER FOR ‘COMPLAINING’ ABOUT BLACK NATIONAL ANTHEM: THIS ISN’T ABOUT BEING ‘WOKE’

Days later, Goldberg took exception to Maher’s “complaining” during a discussion about his remarks.

“I think because we have gone backwards a good 10-15 years, we’re having to re-educate people,” Goldberg said.

On Friday night, Maher returned to the subject, insisting to his viewers that his opinion that “we shouldn’t have two” anthems is the “correct opinion.”

“The program ‘The View’ last week devoted a lot of time to this while somehow avoiding what I actually said,” Maher said.  “It seemed to be a lot about a need to school me about the Black national anthem itself. Whoopi Goldberg said, quote, ‘We’re having to re-educate people.’ Because nothing ever goes wrong when you start talking about re-education. Just ask Chairman Mao. Maybe we can set up some sort of camps.”

“Nothing ever goes wrong when you start talking about re-education. Just ask Chairman Mao. Maybe we can set up some sort of camps.”

Calling himself an “old school liberal,” the HBO star defended the “crazy idea” that “segregating by race is bad.” And while he reiterated that the U.S. should get rid of “The Star-Spangled Banner,” he firmly argued there “has to be just one” anthem since, after all, it’s a “national anthem.”

“Symbols of unity matter. And purposefully fragmenting things by race reinforces a terrible message that we are two nations hopelessly drifting apart from each other. That’s not where we were even ten years ago and it’s not where we should be now,” Maher told his audience, which responded with applause.

“Purposefully fragmenting things by race reinforces a terrible message that we are two nations hopelessly drifting apart from each other.”

Maher then played a clip of then-candidate Barack Obama saying, “There is not a Black America or a White America … there is the United States of America,” adding that “where we should be now is here.”

“If we have two anthems, why not three? Or five? Why not a women’s anthem? A Latino anthem? A gay, trans, Indigenous Peoples, an Asian and Pacific Islander anthem? Because ‘I’m not dealing with you, I’m not speaking to you’ is not a way you can run a country and most people of all backgrounds understand that already and don’t even want to try to do it that way,” Maher said.

“If we have two anthems, why not three? Or five? Why not a women’s anthem? A Latino anthem? A gay, trans, Indigenous Peoples, an Asian and Pacific Islander anthem?”

“I’m not out of step! Believing in separate but equal? That’s out of step — by 67 years. It was 67 years ago, in 1954, when the Supreme Court handed down their landmark Brown v. Board of Education ruling which said ‘separate but equal’ isn’t what we do here. We decided we’re going to try to make this work together.”

“Well, congratulations, liberal parents. You just paid 100 grand for your kid to move to Biloxi, Mississippi in 1948,” Maher quipped. “I mean, we’re a nation that professes diversity as our strength. But now half the kids’ dorm rooms are determined by racial purity?… You see what I mean about becoming so woke, you come back out the racist side?”

“Well, congratulations, liberal parents. You just paid 100 grand for your kid to move to Biloxi, Mississippi in 1948.”

“Because what’s next? What follows separate dorms, anthems, ceremonies, cafes, gyms, separate neighborhoods? That was red-lining! They wouldn’t let Black people live in the town where I grew up. Then they do. The word for that is ‘progress.’ It’s where the term ‘progressive’ comes from. Most Americans, including nearly 80% of African Americans, want to live in racially diverse neighborhoods.

“The Black silent majority seems to be behind the idea that you can’t have a melting pot with two pots! Yes, America was born from the original sin of slavery and redress for that is still in order but not at the cost of destroying a country that most Black people now have found a decent life in with a relatively higher standard of living and don’t want to lose. And Balkanizing our nation will certainly cause us to lose it.

“We need to stop regarding this new woke segregation as if it’s some sort of cultural advancement. It’s not. … Countries do disintegrate into madness when they indulge their separatist tendencies; Hutus slaughtering Tutsis in Rwanda, Catholics and Protestants in Ireland, Sunnis and Shiites in Iraq, Hindus and Muslims in Kashmir, everyone in Afghanistan and that one Jew. We need to unite as one nation who come together and sing one anthem always out of key,” Maher added.