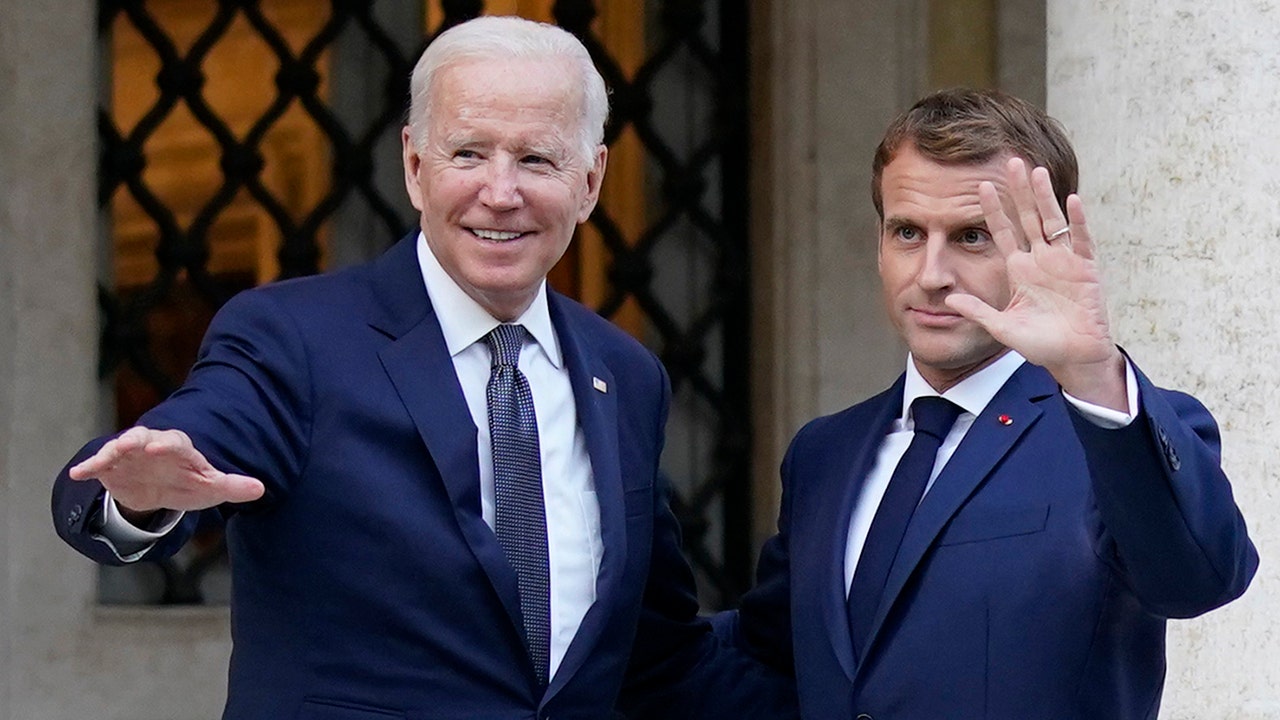 President Biden sought to soothe tensions with France during his first in-person meeting with French President Emanuel Macron since the United States announced a trilateral agreement with the United Kingdom and Australia.

Biden admitted that the announcement of the deal, which angered the French, was “clumsy,” and said France is an “extremely valued partner.” Biden met with Macron in Rome Friday ahead of the G20 summit.

“The answer is, what happened was, to use an English phrase, what we did was clumsy,” Biden said. “I want to make it clear France is an extremely valued partner.”

Biden said that he was “under the impression that France was informed long before” the U.S., United Kingdom and Australia announced its trilateral agreement, which is set to focus on developing Australia’s nuclear-powered submarine capabilities – an effort France was working to undertake with Australia.

BIDEN NOT ‘AWARE OF WHAT HAD TRANSPIRED’ IN AUKUS SUBMARINE DEAL: KERRY

France was blindsided by the deal. France previously made an agreement to send French-made submarines to Australia. Under the trilateral agreement, France is expected to lose a nearly $100 billion deal to build diesel submarines for Australia under the terms of the initiative, which will see the U.S. and Britain help Australia construct nuclear-powered ones.

“There’s too much we have done together for anything to really break this up,” Biden said of U.S.-France relations. “We’re at one of those inflection points.”

Macron, speaking during the meeting, said it is “important to ensure such a situation isn’t possible in the future.”

“We clarified together what we have to clarify,” Macron said.

Macron said that the U.S. and France, in the past several weeks since the announcement, worked to “strengthen” and on “clarification” of what “Europe sovereignty means and how it is important.”

“For me, what really matters now, is what we will do together,” Macron said.

Following the announcement of AUKUS last month, Macron recalled its ambassadors from the U.S. and Australia.

Biden and Macron spoke over the phone in the days following the announcement of the trilateral agreement to discuss how the “situation would have benefitted from open consultations among allies on matters of strategic interest to France and our European partners,” the White House said of the call.

Biden and Macron, on the call, also “decided to open a process of in-depth consultations, aimed at creating the conditions for ensuring confidence and proposing concrete measures toward common objectives.”