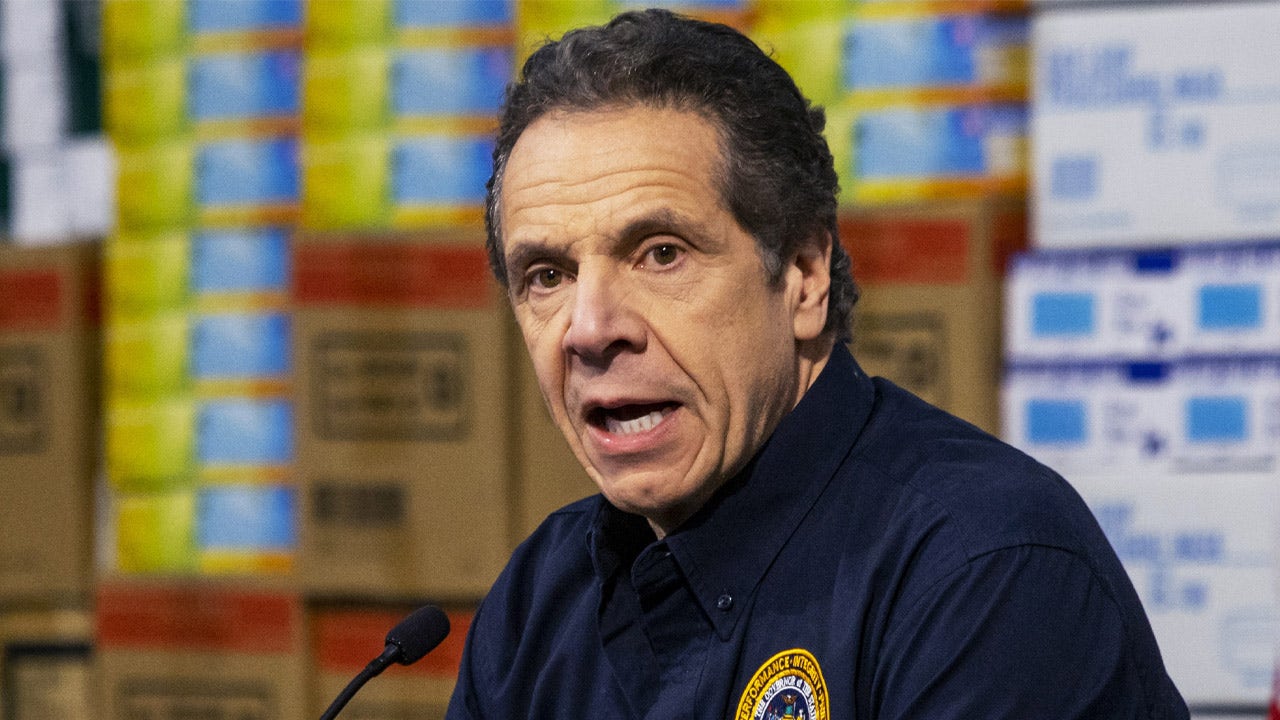 Andrew Cuomo is sharing what he’s been doing following his sexual misconduct scandal and investigation that led to him to resign as governor of New York in August.

The 63-year-old posted a batch of new photos to his Instagram account showcasing his faithful companion, his dog Captain.

Cuomo uploaded pics of the Siberian Husky mix licking his face as the two relaxed on a small boat on the waters off Long Island. The pair were apparently on a fishing trip.

“The fall bass run is coming & Captain is ready,” the disgraced ex-governor captioned the photo. He donned an American flag hat, a white polo shirt and blue shorts.

The Democrat allegedly tried to get rid of Captain following his resignation, according to the Albany Times Union, which cited two state police sources. Cuomo reportedly left the dog behind at the Executive Mansion while he stayed with one of his sisters in Westchester County.

Cuomo asked mansion staffers to take Captain and one volunteered, but the dog – which has a history of biting people – was returned to the mansion just a few days later, the sources told the paper. He denied the claims.

“Some people just can’t get the facts straight,” Cuomo tweeted. “Yes, I was downstate monitoring storm response for a few days, but Captain and I are a man and his dog. He is part of our family and that’s the way it will always be.”

CUOMO RESPONDS AFTER REPORT HE ABANDONED DOG AT EXECUTIVE MANSION

Cuomo’s spokesperson, Rich Azzopardi, told the New York Post at the time, “Captain is part of the governor’s family, remains with him, and those reports he was trying to give him away were just not true.”

Since leaving the Executive Mansion in Albany, Cuomo reportedly had his belongings sent to his sister Maria Cole’s house in Purchase. She and her husband, fashion designer Kenneth Cole, have lived there since the mid-2000s.

When asked where he was going to reside after leaving the state’s capital, Cuomo told NY Mag, “I’m not disappearing. I have a voice, I have a perspective and that’s not gonna change. And the details aren’t really that important to me to tell you the truth.”

According to the New York Post, he’s been crashing at his friend Jeffrey Sachs’ Southampton home.