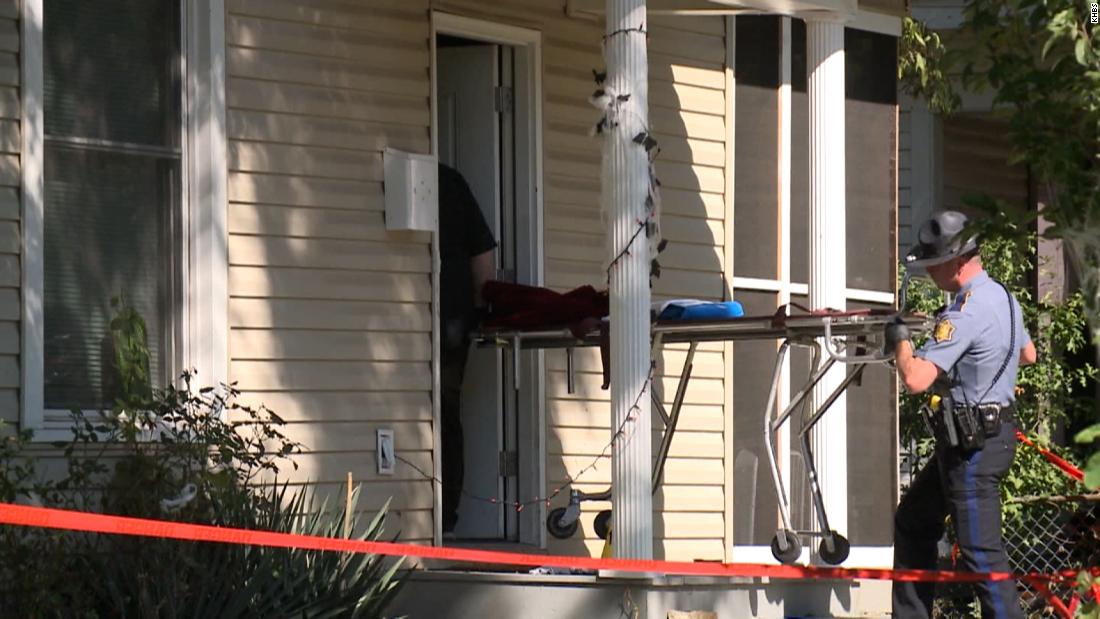 A police officer was responding to a 911 caller Sunday morning who reportedly heard yelling and screaming and then saw a shirtless man “assaulting a person on the ground,” Fort Smith Police Chief Danny Baker said in a news conference.

When the officer arrived, the shirtless man was beating his 15-year-old son with a rock in the head and face and, and the officer ordered him to stop, Baker said.

At first the man seemed to comply, but when the officer approached the man to put him in restraints, the man produced “an edged weapon slashing the officer’s throat and neck” just under a minute after the officer arrived, Baker said.

The officer fired two shots, killing the man, according to Baker. The 15-year-old was pronounced dead after being rushed to the hospital. He had multiple stab wounds and blunt force trauma, the chief said.

Other officers found a woman dead from apparent stab wounds and evidence of “an extremely violent attack” inside the home.

A 5-year-old child was also found in the home and is now being cared for by family, Baker said.

“I have no doubt that our officers’ swift action saved this young child’s life,” Baker said.

The injured officer was rushed to the hospital with a serious laceration to his throat and neck, the chief said. He is now in stable condition after emergency surgery.

Baker said he has asked the Arkansas State Police to take the lead in the investigation because the incident involved an officer firing their weapon at someone.

“We’re all left scared, angry, frustrated, sometimes hopeless. No one believes in the sanctity of life more than the men and women of the Fort Smith Police Department. Each one of us are sworn to protect it at all costs. So, it hurts us as much as it does each of you when an outcome like this is unavoidable,” Baker said.